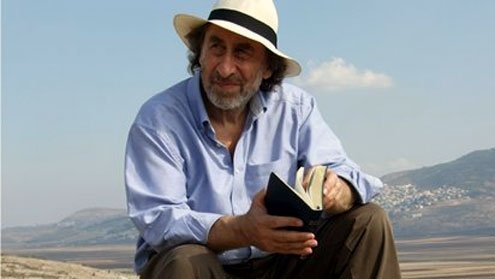 Jacobson's tragicomic lens has its moments, but not enough of them.
N

othing hooks a reader like a good opening line. Catch this one from Howard Jacobson’s 2010 Man Booker fiction winner, “The Finkler Question”: “He should have seen it coming.” Sadly, the “it” dangles for nearly 30 pages. While HJ applies vibrantly comic dialogue to this exploration of “The Finkler (read Jewish) Question,” he also tends to sloppily indulge his characters in lengthy, garrulous ruminations.

In fairness, the repetitious rambling serves as a preparation for the hilarious contradictions and tragic disappointments to come. So here’s a brief reader summary (since Jacobson clearly got no editorial advice on compacting, and you might fall asleep reading.)

Treslove would like to “become” a Jew. He’s always envied swaggering school chum Sam, the acclaimed author of self-help titles such as “Hegel in the Kitchen”. Sam’s selfhood has the bulk of a hard drive. Claims it’s because he’s Jewish. Treslove equates Sam’s very name with Judaism.

Even his protagonist is a bad gag. Treslove’s sense of self is near zero. Not improved by his career track as a look-alike. He eerily resembles almost everyone. Even Brad Pitt.

So as he pauses to admire a London shop window on this post-dinner evening it’s no surprise that he fails to see “himself” reflected in the display glass. Nor does he see “it” coming. (Finally.)

“It” is a female mugger. Who whacks him from behind, knocks him to the sidewalk, takes his money, watch, and credit cards. She says something like “You, Jules.” But no one has ever called Julian “Jules.” Soon he’ll imagine she said, “You Jew.”

An identity at last. And just the right one.

Jacobson will now spend another 100 pages on viewing and re-viewing Judaic permutations. Your best bet is to speed read until you reach the Libor family Seder. It’s an eccentric celebration, way out of calendar. Libor says that being a Jew he decides his own celebratory when. He also decides to bring along aspiring-Jew Treslove as a participant.

To reader delight, this bizarre Seder sees Jacobson finally minimizes rumination and moves into gear, informing his Jewish players with a rich and wryly sardonic sense of selfhood.

Though this is also the scene where everyone in the book — even Libor and Treslove — take on semi-Yiddish accents. From this point on all Jacobson’s actors talk like Grouch Marx. Funny enough at times. Total effect? A challenge to credibility.

Yet Jacobson’s tragicomic lens has its moments. Wrestling with selfhood can bring light-hearted comedy.

Treslove moment of zaniness occurs when he meets Libor’s niece Hephzibah at the great Seder. He soon shacks up with this “mountainous mass” of Jewish womanhood, with her Yid jokes. Won’t entering her vagina guarantee him that unshakeable identity that recently widowed Sam and Libor had when making love to their Jewish wives? If only Hephzibah didn’t have her own problems with modern British Jewishness.

Meanwhile, Finkler has organized ASHamed. A group of Jewish comedians and actors who oppose Israel’s actions in Palestine. But they soon decide they’re actually ASHamed of being Jews at all. A conundrum for Sam, who loves the media spotlight on his group. How can this Jew-proud man define himself now?

And Libor? His shiny bald head is pocked with liver spots and he’s losing his memory. What will he do to survive the destructive grief of his wife’s death? Can he find himself again?

Once we get past Jacobson’s talky tic, and his weakness for burlesque, there’s a novel seriously exploring Jewish consciousness in today’s England. In too-few (but fine) moments, the tale conflates one racial identity crisis with everyman’s search for self.