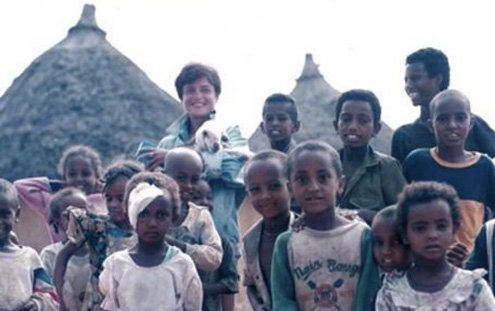 ix years ago a massively gifted former girlfriend sent me a synopsis for a novel on she was working on with a friend, hoping I might help her find an agent. She was as always on the go between war zones. She’d lived in Eritrea, would go on to Ghana and Iran, followed by stints in Afghanistan, Jordan and Iraq. Hers was the life of a British UN pilgrim that only thinly concealed the luminously excitable soul of a diehard activist. She loved anyone or anything downtrodden. She loathed bureaucracy, office politics and any form of corruption. Occasionally, she wrote for this magazine under an assumed name.

This was the proposal:

“Nightfall in the Gardens of Light is the story of idealism versus greed against the pitiless backdrop of Afghanistan’s war-torn mountains. Sarika Bramwell works for the United Nations in Kabul but her romantic vision of selfless humanitarianism is shattered when a friend, romantic interest and colleague, cynical and politically incorrect former soldier, Briton Tom Newton, is framed for the attempted murder of another UN staff member, Bekim Govori.

“Tom and Bekim have been working on a missile buy-back programme and Tom suspects that corruption and mismanagement have led to the deaths of Afghan children and the smuggling of anti-aircraft missiles once supplied to the Mujahedeen forces in the 1980s to Al Qu’aeda networks in Eastern Europe. When Tom is sent to prison under mysterious circumstances, Sarika must find out who her real friends are as she struggles to free him from the clutches of corrupt UN and Afghan Government officials linked with an international network of power brokers and terrorists that is determined to keep its existence a secret at all costs.

“In a desperate race against time, Sarika discovers support from those she least expected — such as British-Afghan journalist Rafi Amir Stewart, who Sarika last met 15 years before when they graduated from university together. As Sarika and Rafi dig deeper into the reasons for Tom’s arrest and continued detention they uncover a vast web of deceit and betrayal that tests Sarika’s comfortable notions of honour and friendship and makes her question the very principles on which she had based her life.”

“Nightfall in the Gardens of Light” never saw the editorial light of day. With America in a forget-Iraq mood following the election of Barack Obama, few agents seemed eager for more terrorist-themed fiction. She was undeterred, though disappointed since the novel’s intention had been to expose a real UN scandal the plot would make little effort to disguise, or so she told me. She continued working, in Iraq, in Jordan, in London, sending me occasional updates and chastising me for refusing to join Facebook. She promised she’d return to Rome, specifically to my apartment, where she’d left behind a warming jumble of things, including dozens of books — mostly history, politics and literature — and a small guitar. She also tucked away some thirty small bottles of spices, which she loved, and which, ignorant of life’s expiry dates, I kept and keep.

This morning my Rome building superintendent buzzed me. I assumed I needed to sign for a package. But he sounded distraught. Where, he asked, was the woman who’d lived with me in 2005, and could I please tell him she was all right.

Moments later I discovered that I could not tell him that. I read the news that Jacky Sutton, the Iraq director for the London-based Institute for War and Peace Reporting, had been found dead in an Istanbul airport toilet in what local authorities labeled a suicide. She’d been on her way from London to Iraq via Istanbul but missed her connecting flight. Despondent and without money to pay for a new ticket — two improbabilities unto themselves — she was found hanging in a bathroom. Her friends and colleagues immediately stated the obvious: the grotesque account made little sense. This after all was a rarely deterred and brilliant, 50-year-old professional woman with a place to go and a job to do.

I sadly told the superintendent, who knew and liked her, that he was right: she was dead. And he cursed the morning sky aloud.

I turned to the “Nightfall in the Gardens of Light” synopsis because it seemed to me Jacky had suddenly become a character out of the thriller she’d never published. A relentless advocate of press and women’s rights, she’d been headed to a country where those rights remain dubious, with extremist insurgencies extinguishing dissent at will. Now, the actual existence of a “web of deceit and betrayal” seems more probable than it did yesterday, as do “secrets” and “mysterious circumstances” — a duo of life conditions Jacky always found attractive.

What I most remember about our time together was when she told me that perhaps the time had come to give up all that — the vagabond life — and to build a nest. I specifically remember the word nest. But I was bad at nests, and so in fact was she, so we parted.

The novel synopsis also led to the email it came with, sent a few weeks after we last met, in September 2009. It concluded with the line, “All the best and see you again — possible at the end of the world.” Had she meant “possibly”? Or were all things possible, if not secret and mysterious, at the end of the world?

Heartbreakingly, nightfall’s answer may be both.