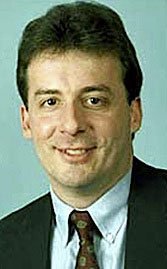 his story is largely about the fate of an American journalist named Jack Kelley. Let me begin with an anecdote that represents both preface and coda.

In the late 1970s, visiting the United States from Rome with a satchel of dubious clippings in hand, I was interviewed by the Philadelphia Inquirer. The Inquirer at the time was the greyhound of American east coast dailies. It had an innovative editor, Gene Roberts, and Pulitzer Prizes to show for his initiative. It was the Inquirer and Newsday, not The New York Times and the Washington Post, that ruled the print media day. CNN and USA Today were not yet born; 24/7 TV didn’t exist; the Internet was a government project; the news world slumbered afer midnight. Jimmy Carter was the improbable president. The Iran hostage crisis, that period’s aloof-style 9/11, was waiting in the wings.

Newsrooms are not alike. Some tend to the modern, or a vision of the modern, with cubicles for writers and glass partitions for managers. The Inquirer by contrast was a glorified barracks, with bodies greasing against one another amid sullen wooden desks. Amid this churn I was introduced to city editor Jim Naughton.

I remember little of Naughton (a former New York Times star) except that he was slim, in his 30s, and he spoke an alluring southern English of kind intonation. What qualified me to work on the Inquirer, Naughton asked gently? I had a canned answer in two parts. The first was my foreign experience, the second my sheaf of clips.

Naughton was unmoved. He listened quietly to my correspondent tales — Question: “And where did you get that information?” Answer: “Well, we get our information from these news wires…” — but seemed more interested in thumbing through the clippings. “These are nice,” he said, “but, well, I don’t know if you ever wrote this. I mean, maybe some editor wrote this. Or maybe you made it up.”

To work for his paper, he said, I’d have to spend a week reporting from the streets. Then and only then would he know what to make of me. All else, he said, was illusory.

On now to Jack Kelley.

By the time I got to Naughton I thought I’d had my share of stories. I’d been in Tehran and Istanbul, I’d learned Vatican City from the inside. I’d satisfied bosses I could work under deadline. I spoke several languages. I could write 400 words in 10 minutes. I was 26 and ambitious.

But Naughton turned me down, and rightly so.

I first met Jack Kelley when he was about the same age as when I saw Naugton. I joined USA Today in 1986 as an editor-writer, a midlevel rover entrusted with writing and editing cover stories. My chief was Karen Jurgensen (editor of USA Today until the Kelley affair); my mentor was David Mazzarella, who ran the newspaper in the 1990s, and my cubicle mates were the late Larry Jolidon, a high-octane correspondent, Bill Nichols, who has since covered the State Department, and Wanda Lloyd, later a managing editor and a Pulitzer Prize juror.

From time to time I edited Kelley’s reports.

By now, Kelley’s name is disgraced. He falls into an expansive category of post-Watergate humiliations. The Washington Post‘s Janet Cooke preceded him; in 1980, she invented a young heroin addict, Jimmy, and won a Pulitzer on his shoulders. It was returned. More recently, Stephen Glass of The Republic and Jayson Blair of The New York Times‘ captured center stage with their deceptions — Blair’s amusements led to the resignation of the Times‘ top-tier editors.

Now it’s Kelley, some of whose foreign work has been acknowleged as wilfully negligent and false. According to the rap sheet, Kelley made up people and events. He embellished in a way that crafted situations and voices from chaos.

I’m sensitive to this because Kelley was a friend. And in a media-on-media world tipped by hysteria-colored truth, I have a sense of how he came to stumble. I, too, have tripped.

Here in Italy, for example, fact and surreptitious assumption graze in the same pasture. The conditional is coaxed into action. The distinction between what’s spoken and inferred is blurred to accomodate bluster. The passionate delivered into an event is as valuable (and as “truthful”) as its more accurate (and possibly duller) circumstances, particularly among print journalists who must battle sound bites and images. The fiercely guarded Puritan frontier that separates objective data (a kind of biblical literalism) from a interpretive accuracy (a more freewheeling theology) exists in no nation outside the United States, including Britain.

The American print world considers the first-person self-aggrandizing trick that reflects an unwillingness or an inability to forage for data. Only in the United States is data so prized. Elswhere, the first person rules.It hints alluringly of secrets and plots. In that St. Elsewhere free from conflict of interest, rumor rules.

Over 30 years I’ve witnessed grace and abuse in like doses. I’ve seen reporters pad their work with local hearsay. I’ve watched fixers fix for those too busy to authenticate. I’ve observed reporters conspiratorially adopt a shared (“truthful”) view of one event. I’ve seen the adorning and invention of quotations. Before my eyes, news agency reporters have conjured make-believe stories to hit back after a rival’s agency’s scoop. At hasty wit’s end, I have myself grafted phrasings from agency dispatches and let it go at that. Over the years, correspondents have relied more than they ever said (or needed to) on agency text and research assistant paragraphs. I dare any English-speaking correspondent in the field to pretend immunity from the trend.

Does this diatribe exonerate Jack Kelley and those who would deploy “maybe-esque” figures to please editors and make deadlines?

But journalism is a crude, cruel and hyper-competitive business that eats its own and brooks no quarter in a pinch. Its spasms of self-righteousness — “We exist to serve the public; Kelley betrayed the public,” and so on — are unconvincing, particularly when reportage and propaganda overlap.

What, then, happened to 43-year-old Jack Kelley?

He suffers, say some, from a pathological disease, he lived a lie. Longtime suspicions were ignored. Perhaps.

I suspect instead that he became the caricature of what many expected of him: an edge-maker in a competitive industry; an ace; a seer and a bearer of remarkable but largely unchecked information from outland nations few chose to study seriously.

Yet Kelley was not responsible for the checks. That was in the provenance of his confident (if undertrained and incurious) dispatchers, who slept when he did not (and it is essential to note that much of what Kelley reported was true).

Confident in the ways of honor but also in a hurry, his managers presumed unerring American integrity, uninterested in the blur that is the non-West. They trusted their scribe not to make color bleed from stone while at the same lusting for bleeding stones.

The Kelley case illustrates a misunderstanding of accuracy, open to illicit variation in “anti-factual” lands where deceit has an honest following and a range of proprietal codes. Journalism is probing but managed truth.

“Be careful,” Jim Naughton said, “if you didn’t write it, we’ll know it.” He was right to arrest my bluster. But outland, where Kelley was, the generals are fewer and the possibilities legion.

— Postscript: Jim Naughton responded to this column, pointing out that he had no recollection of the 1970s conversation. But it may well have occurred, he added.