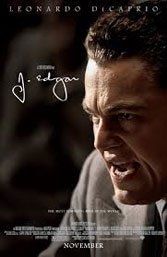 Biographical filmmaking is uniquely complicated. Compressing the life and times of a controversial public figure while remaining reasonably true to the clashing demands of history and entertainment can make for fractured narration. Eastwood partly solves this riddle by introducing FBI Director J. Edgar Hoover as a man eager to tell his own story aloud, cross-cutting from his early life and anti-Communist crusade, which began in 1919, to his crusty, late middle-age persona, the details dictated to various agency scribes who busily take down their self-aggrandizing boss’s precious notes.

Hoover, played with unwavering determination by cosmetically altered Leonardo DiCaprio, inserts himself through flashbacks into an embroidered version of history intended to protect his legacy from allegations of arrogance and abuse of power, many of them grounded. But Eastwood at least does Hoover’s legacy the favor of anchoring his ascent, which was dominated by a fiercely possessive mother (“You will restore our family to greatness…”) and a dedication to work, heavily driven by sexual repression, which over decades would evolve into a kind of self-styled detail-oriented patriotism that bordered on the messianic.

DiCaprio’s ambiguous, homoerotic Hoover is a man both repressed and possessed, yet the America over which he lorded a place he clearly cares about deeply. It is the American Dream contradiction: bold, ambitious men coming to rationalize the acts they once thought vile. But smart men also, since Hoover, despite his loathing for Martin Luther King, Jr., say Red Baiter Joe McCarthy for what he was, an opportunist.