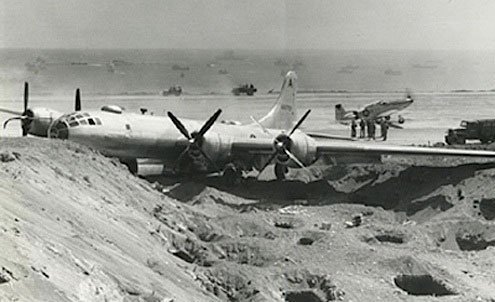 Remember what I told you, he said, giving me the photo.
T

he generosity of the air matters. So does the disposition of the lungs and heart. Life is a conspiracy of good news, an assembly of sanguine conditions that yield a pulse, the minimum condition, and if you’re lucky a sunny day.

When I did not get the meaning of the word caliber, he said, Think of a swallow expelled from eaves traveling at the speed of light. Now imagine the swallow as a bullet and reverse its path to the darkess from which it came. Think of its cramped, cloistered, compressed dwelling place, the muzzle, as a dressing room. .22, 38., .45. Caliber is the size of the room, ascending numerals the measure of menace it contains.

Like being under a paperweight, he answered. It bears down painfully but you want it. Imagine a wind so harsh it knocks open shutters and pins you to a wall but that you have no wish to stop. Think of a paperweight in your hands, how your palms fit damply around the glass orb, fingers locked in fingers.

I have might deduced sex from this, adolescent digressions, but we never got further than the pressure of the paperweight.

He had other memorable notions.

The earth contracts diseases, mostly in its brittle limbs; an earthquake was a shattered hip.

Fear of death and envy were panic’s masterpieces. Religion placated the panic. Guilt was its shrewd accomplice.

Sleep occurred when longing and anxiety overwhelmed the conscious mind; it was the daily biological suicide of self, a preparation for the longer absenting. Otherwise we could not survive ourselves. Sleep was well-disguised death.

There were also stories about the duel.

The gun, he insisted, misfired on the steps, which left him in a chair, the knee severed; but he had emerged with honor intact. He had fired. It was about an unpaid debt, and the exchanged insults too grave to ignore.

His father’s adversary, a nobleman, walked away from the scene, though he could have shot to kill. But in winter in Russia nothing could be predicted. So his grandfather lived, traveled to London, made it to America on the Lusitania in 1910.

He spoke Russian as a boy in Baltimore but learned English in the public schools, later teaching history in those same schools, the last one located near the big, red-brick baseball stadium where the Baltimore Orioles played beginning in 1950.

During the war, he came to Washington where he decoded Russian codes, translated telegrams, and worked in one of the dozens of curve-topped temporary buildings slammed up against one other to house the overflow of personnel in the capital.

He said he was useful because he understood Cyrillic, but I misunderstood him to work for a man named Cyril. Cyrillic has a different music, he would say, and I imagined his superior playing a bass or a flute. It later came to me that his grandfather had not been shot on the steps, but in the Steppes.

I was 13 when I met him for the first time, on Porter Street, in the small, smoky apartment; I was 15 when I quit the route and saw him last. That last time he gave me a photograph of a B-29 bomber draped over ditch after a belly landing on Iwo Jima. My favorite fighter, the P-51 Mustang, is in the crater-marred background. He knew I liked planes.

What never occurred to me was that he didn’t want to pay, or couldn’t, which is why at the end of his history lessons I often went away empty-handed. It never mattered. Sometimes I accepted the loss for the gain of the chat, for pleasure of listening, of being taken into another world.

Is this possible any more? I don’t know. For those two years, 1965 and 1966, I delivered the Washington Star on Porter Street. It was a 110-paper route, which most pronounced “rout,” as in a major defeat. Every day after school I delivered the papers; every month I went door-to-door, collecting from customers, among them the man who explained calibers and paperweights.

It brought me close, a shy child, to the weeds of human variety: the elderly women in touch with ghosts, the alcoholics intent distributing religious pamphlets, the fragile intellectuals with trembling hands.

Work, I was told; earn your money. So I did.

What will you do with all that money, he asked me in the fall of 1966, tapping the ash into a big black tray with the words Novotny.

I told him I’d buy a miniature Sony television set, the first of its kind. It had a three-inch screen.

Good, he said, finally detaching a check and writing the amount slowly. You’re a good young man, he said. You work hard. Remember what I told you, he said, giving me the photo.

I do: Life is a conspiracy of good news. And if you’re lucky, a sunny day.