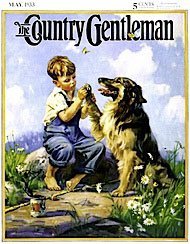 Ben jumped up and looked me in the eyes, “Use the Dog, Luke. Use the Dog.”
T

he night before I met the five-year-old daughter of my boyfriend, I got drunk. Loaded. Stumbling and bumbling stoopid. Ubriachissima, they say here. I was out with my own personal Obi-Wan Kenobi, whom I shall just call Ol’ Ben for the purpose of anonymity.

Ol’ Ben had invited me to an evening of Chinese food and chitchat. Our conversation began with a few cocktails and comparisons between Chinese food in Italy and New York. Next, it was red wine and General Tso’s Chicken to help spice up a stimulating analysis of the feasibility of marrying a girl you’ve never kissed, just to kiss her. I was stuffed, tired, and tipsy but still had a lot on my mind so when Ol’ Ben asked if I wanted to get an after-dinner drink, I responded with an emphatic “Yeth.”

I followed O.B. through several piazzas and down a side alley near my house to a large glass door that was blacked out. We were on the threshold of an old speakeasy where only Ol’ Ben knew the password. A few vodka tonics later, speak easy I did. I told Ol’ Ben how I would “officially” meet the five- year-old in just six hours, even though I had met her vaguely on a few other occasions. I mentioned how I perused the Internet seeking articles about the art of introducing children to girlfriends or boyfriends, and the problems that might arise. I then whispered to him that I was terrified mainly because of the following three sentences my boyfriend excitedly said just a few days before:

“Don’t worry. You’ll be great. All you have to do is win her over.”

Win over a five-year-old? Should I perform tricks? Cajole her with yeses? Gifts? Couldn’t I just be me? A true Jedi Master — self confident and charismatic — Ol’ Ben immediately offered to join me. He explained that both children and dogs, including Bella, my own, loved him on-the-spot and passionately. After another vodka tonic, we concluded that his presence would be a nice distraction but that it would distract from the main event: “The Official Meeting of Girlfriend and Child.” Then came serendipity. Ben jumped up, grabbed me by the shoulders (I may have been falling off the bar stool), and looked me in the eyes,

I shook my head. “Use Bella? Noooo,” I said, “I can’t take advantage of her. I would never use my innocent dog to ingratiate myself with a five-year-old. I want her to like me for me, not because I have a dog.”

Ol Ben responded with the speed of the Millennium Falcon, “Not just a dog, but an extraordinarily cute wookiee hybrid with a pink sweater. Kids who might not like you love wookiees. Use the Dog.”

Five hours later, with a strong need for sugar, caffeine and sleep, Bella and I cabbed toward the meeting point. Still nervous and scared, I asked the taxi driver his opinion.

“Situations like these require a lot of patience,” he said with a good luck shrug. Then his eyes sparkled, “Ma hai un cagnolino…”

I don’t just have a dog, I have “The Dog Factor,” something I’d forgotten about despite the many times I’d extolled the benefits of having a pet. Bella has made friends, boyfriends, and bus friends. She does my dirty work (and likewise, I clean hers) and always steps in when I feel shy. What did I have to be afraid of if I had Bella to introduce me?

This story has a happy ending and perhaps a sweet beginning. Bella and the five- year-old got on like a house on fire. They tore across the park. She taught Bella how to sit, and Bella generously gave her a zampa. My intimidation disappeared when she asked me to join her and Bella in a game of “Why won’t you fetch?” With and without Bella, we became fast friends. At home, later that evening, Bella winked at me before cuddling in my arms.

A dog’s work is never done.