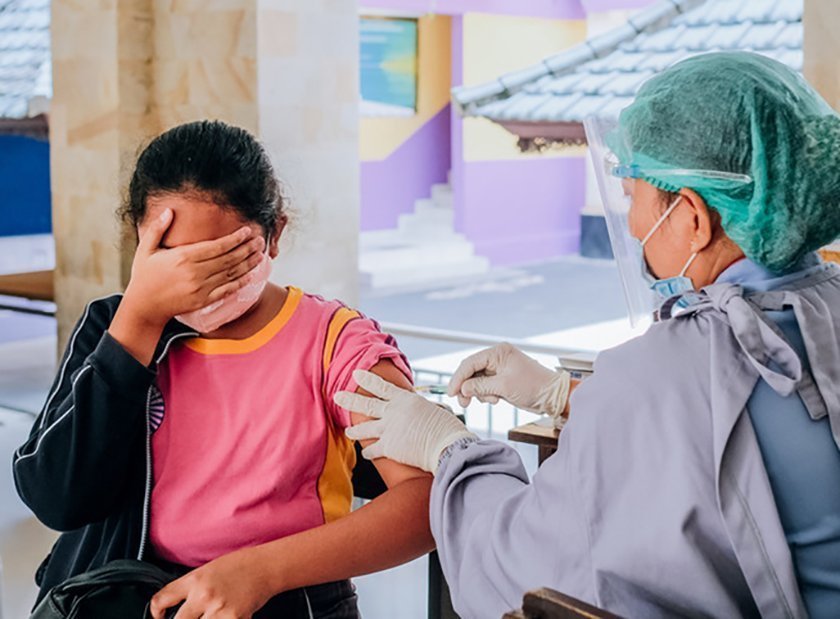 Italy has made up lost ground in its vaccination efforts, but a global problem is getting youth to comply.
S

uccessfully persuading a population that its best interests are best served by getting a vaccine to stop the spread of a virus, and do it now, if possible, has never been a sure thing.  Even sane, smart people can turn their back on common sense, or postpone facing it.

Vaccinations themselves are barely a century old, and didn’t acquire any sort of global celebrity until the United States made getting a polio vaccine into a social and cultural event, and a demonstration of good citizenship.

The UN passed on this message and for decades many travelers had health passports, listing vaccines and boosters.

The freeze-in-your-tracks restrictions brought on by the arrival of COVID-19 might seem, at least on the face of it, to cancel out vaccine resistance. When a lethal virus turns much of the known world on end, you rush to get a vaccine when one comes your way, right? Nope. A task that was daunting decades ago remains difficult now, for reasons both personal (denial or skepticism) and practical (available doses).

When a lethal virus turns the world on end, you rush to get a vaccine, right?

In the United States, statistics suggest that between a third and a half of young people (most under age 25) haven’t been vaccinated, and seem to be in no hurry to protect themselves. Part of the reason is well-known. Most of the early supply of vaccine doses were reserved for the elderly, who’ve taken the largest hit in terms of mortality. But aside from that, young people tend to take their good health for granted, reveling in an immortal phase that can sometimes take far too long to fade.

In the U.S., this has made the infected young the leading spreaders of the virus. With most of the country’s aging population protected, the young feel less pressure to get a shot they might not want, whether as an act of medical or political rebellion, or simply because it doesn’t suit their timetables. This makes Indonesia’s decision to vaccinate the young first all the more intriguing. That nation’s medical officials reasoned that the young, not the old, would eventually swarm back to bars and nightclubs and socialize on a massive scale. How to stop these hormonally charged young humans? Jab them first, before the elderly, to ensure young wanderers wouldn’t walk away from the disease as soon as it seemed under control, and the need to be vaccinated less dire.

Speaking of walking way, or in this case, not walking away, Italy — the vaccine laggard until a few months ago — has made some tremendous forward strides. And resistance to the vaccine has been low.

In March, seven percent of Italians were dead set against vaccination, compared to 20 percent of Americans. At the end of April, 79 percent of as-yet unvaccinated Italians said they’d jump at the chance to protect themselves, compared to 46 percent in America.

That chance is now pretty much a stable reality in parts of Italy, and the actual numbers ring true to what polls had suggested.

It seems clear the vaccine train will plow ahead full steam whenever there’s coal enough to shovel into the furnace.

Strip away the ongoing discussion regarding which brand is most effective, it seems clear the vaccine train will plow ahead full steam whenever there’s coal enough to shovel into the furnace. Bottom line, manufacturers need to keep delivering.

Over the past eight weeks, Italy has shown what it can do when fully supplied, vaccinating as many as 600,000 people a day. Per capita (Italy’s 60 million to the U.S.’s 330), that beats the American peak of 3.3 million in a day. Despite a very limited supply of doses, Italy has gotten one or more doses into 47 percent of its citizenry over age 16,  and 79 percent of those over 60 (the U.S. has vaccinated 86 percent of over those 65 or older). Overall, Italy has fully vaccinated 25 percent of its population.

Italian officials hope to return to near-normal life in mid-July, and the goal actually seems both realistic and feasible. If vaccine facilities can average even 500,000 shots a day, 72 percent of Italian adults (61 percent of the entire population) will be at least partially vaccinated by then.

If you add the country’s COVID-19 survivors to this mix, you’re getting awfully close to herd immunity.

Now then, let’s wait and see if the trains keep running on time.