Italy on the rails 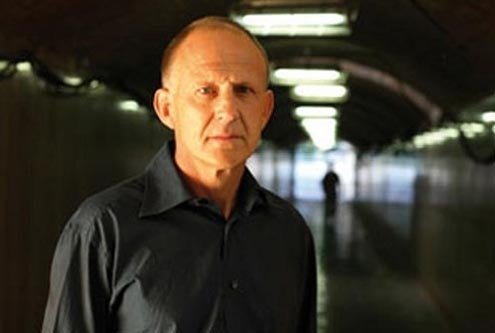 Parks: Italy is a nation in which "reality is lost in theatricality," and train rides help prove it.
E

ver notice how the travel genre near drowns in a sub-category known as expat memoirs? Tim Parks’ “Italian Ways” (London: Harville Secker, 2013) is miles ahead of that pack. It’s a penetrating, gently wry and ironic look at a nation where “reality is lost in theatricality.”

The subtitle lays out Parks’ investigative context: “On and off the rails from Milan to Palermo.” Italian manners, attitudes and ways revealed entirely through his journeys on Italian trains. They run east to west and north to south and cover the mainland landscape.

In three decades of Italian residence, the Brit-born Parks, the author of several smart novels, made greater fame and gain from his Italian bulletins (writing about local life, “Italian Neighbors,” children and language, “An Italian Education,” and soccer, “A Season With Verona.”). Like many lesser expat accounts, all sold well. Often to that large readership eager for any news at all from the sunny land of fine art and fine wine.

In “Ways” Parks goes further, to what Goethe dubbed “the life-renewing Italian experience.” Long-term expat adventure becomes a path to deepening self-knowledge — and a visceral plunge into the adoptive land.

But decoding a country by riding its trains? Is it even possible? In Italy, yes. Since the mid-19th century this country’s ever-changing governments have heavily subsidized varied ferrovie, or railway lines, a thick tracery of iron ways crisscrossing the boot. This manifold, elaborately advertised network is one of the nation’s key identity cards. What other country spends so much to give you the cheapest tickets per mile in Europe?

Parks’ first experiences with these systems began in the early 1990s, on the Interregionale commuter train that runs from Verona (an hour from Venice) to Milan. He calls it “the train of the living dead.” But it does have distinct advantages over other forms of transport, at least on that route: cheaper fares and more reliable, timetable-convenient runs. Yet most of its passengers sleep, or wish they could. Its high-powered locomotives somehow manage to take two hours to cover 100 miles. There are many overpasses, switch points, unexplained stops, and complicated ticket rules, all of which produce loud discussion with conductors glad to rebuke passengers, playing on the nation’s “theater of severity” before moving on to another car. And yet, train PR still boasts ultra-modern service.

On arrival, the Milano Centrale station is, in itself, a vaulted marble atrium to progress, or so goes the billing. Banks of “Fast Ticket” machines are available. And, if you’re lucky, writes Parks, these machines will only double the time needed for a ticket purchase. In Italy, and for Italians, appearance counts above all else: “… this is a nation at ease with the distance between ideal and real.”

Even the country’s various rail systems began as the dream product of unrealistic ambition. By late 1830s England was developing its impressive train network. Militant Italian politicians, aiming at unify the peninsula’s numerous independent states, urged rail constructions as visible physical linkup. Popular support came from a desire to make Italy the equal of northern nations. Italians, Parks wryly observes: “…need to prove themselves equal if not superior to their neighbors,” an impulse that remains “an important factor in Italian-decision making today.”

Then, as now, rail funding and construction exceeded demand. The ideal and the real are poles apart.

Over the years, Park finds his east-west commuter notes form a greater lesson than he realized. He decides to segue with the total north-south run, from Milan to Italy’s booted heel and toe — and on to the island of national neglect, Sicily. His hunch is true. The trip is revelation. In their southern guise, Italians are a warmer version of their northern cousins. A missed connection leads to an acquaintance met in the station inviting Parks home to share a dinner with friends. No one at the table is surprised his scheduled train didn’t respect the timetable. They shrug resignedly: The government doesn’t care about the south.

Or doesn’t check on how the south spends its ample funds. Both the central government and the European Union pour rail subsidies into poorer European areas, including the mezzogiorno, the pop word for Italy’s south. Thanks to the EU’s more than three million euro contribution to the Puglia region, tiny stations were prettified. Then closed down. The rest of the cash was supposedly spent to disinfest weeds from now disused rails.

The cities seen from train windows are of baroque marble, or sun-colored stone. Cerulean sea runs alongside the tracks. He’s finally learned one of the key lessons Italy can confer: “observe life as it is, not as you want it to be… Accept.”