Is Less the new more? 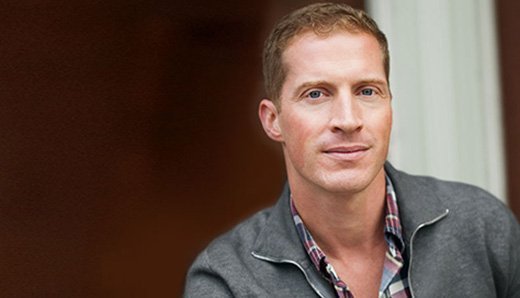 To escape both dreaded events, Arthur accepts invitations to writer events no matter how far-flung. Andrew Sean Greer’s account of Arthur’s fantastic voyage makes up the bulk of the novel “Less” (Abacus, 2017), winner of the 2018 Pulitzer Prize for Fiction.

Despite references to “Arthur,” Greer harps on his character’s surname as if in homage to architect Mies van der Rohe’s dictum, “Less is more.” It fits, since Greer’s Arthur, though plain in appearance (he’s tall, slightly balding, blonde) is a trusting hero who bounces from one dim-witted, burlesque event to another.

His round-the-world romp makes for a charmed fable. If rich in comically far-fetched episodes, it also casts an affectionately realistic glance toward the all-conquering power of love. There’s plenty of sex along the way, some of it qualifying as “almost” love. Over time, Arthur actually develops a clear and more intense awareness of what “love” might really mean.

Arthur himself is the stuff of early sitcoms: he’s “pure and “innocent,” (a word that seems to come up endlessly). He also possesses a “thinning halo” of yellow hair. Admittedly some of this cleverness can wear thin.

Though his life is called “tragi-comic,” quirky suits him better than tragic. Which isn’t to say it’s all easy.

In a chapter titled “Less France,” our hero finds himself in a small German border village where he’s supposed to conduct English-language literary readings to dutifully puzzled German coal miners.

“Less” is an essentially sentimental tale made interesting thanks to an unusual hybrid narrator and applies a saving dose of sophisticated irony.

Early on, “Less at First” takes him to New York to interview H.H. Mendern, whom he considers “a writer of space operettas.” Arthur has prepared by wearing a Russian cosmonaut helmet (picked up during an unfortunate encounter with a boar). But when he arrives at the auditorium, he discovers the event has been called off. Typical Less.

But the missed opportunity prompts Arthur to reflect on his writing life. He decides to meet his agent in an effort to push his new novel, “Swift,” which he hopes will be “the big one.” His agent gives it a thumbs down.

Throughout the busy travelogue to follow, Greer further loads his tale by adding in Arthur’s ideas for how to revive and publish “Swift.”

Greer, too, is busy with ambition. His Arthur Less is sent in every imaginable direction. He seeks a fable whose cast is almost wholly dominated by homosexual characters. Heterosexual friends, relatives and family play marginal roles at best. Most of the women in his story are messengers or plot facilitators.

This raises an interesting question: does such female irrelevance have a purpose?

One woman is actress Zorah, a lesbian dumped by her lover. She arrives mid-novel, in Morocco, to celebrate her own 50th birthday, and serves to speculate, predictably, on the meaning of love. A second active woman is Rupali, a one-dimensional plot facilitator who works at a Christian retreat in India. Her clumsy plot intercession allows Arthur to make contact with the noisy poor.

Soon after, Arthur receives an unexpected invitation to visit a nearby luxury resort owned by his “old rival” Carlos Pelu. By significant coincidence, Carlos is also Freddy’s adoptive father; and he’s dying to gossip about Freddy’s wedding. Of course, Arthur refuses to listen to the details, which leaves both him and the reader with a surprise ending.

Greer builds his far-fetched episodes by (heavily) mixing storytelling with magic. Yet he also knows his writer’s craft.

“Less” is an essentially sentimental tale made interesting thanks to an unusual hybrid narrator and applies a saving dose of sophisticated irony. His omniscient first-person narration is at once sweeping and intimate (“From where I sit…”) The all-knowing narrator stands astride Arthur’s every move and innermost thought. At the same time, this same narrator can shift into the seldom- glimpsed “I,” situating him among the cast. This witty artifice makes it easy to forget the narrator’s identity, at least temporarily. Endings are boosted by surprises, and “Less” proves no exception.

Greer’s fifth novel may be overly ambitious but it is nonetheless engaging and sympathetic. Readers are suckers for innocent, good-guy heroes, the kind who actually say things like, “How can so many things become a bore by middle age —philosophy, radicalism, and other fast foods —but heartbreak keeps its sting?”

How can we not admire Arthur Less, a man who prefers such sting, to the renouncement of love.