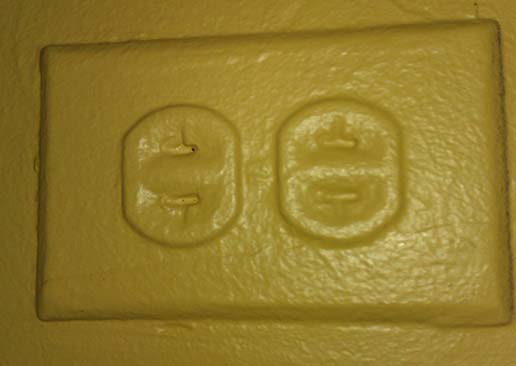 Unplug anything that depends on impulses, eyes included, and the game's up.
S

martphones and human eyes share a common downside; they both require power sources. For the eyes, that source is neuro-cellular and ostensibly constant. For the phone, it’s a banal re-charging cradle linked to a power outlet.

Vision is an intrinsic sense essential to the human condition.

Smartphones are manmade additions to that condition that, in these times, can seem just as vital.

Sever their operation and the professional and personal aspects of billions of daily lives would unravel. Any sustained disruption might send the planet to a place midway between petulant panic and blinding shock. I use the word blinding advisedly.

Human beings once lived to see. Their natural habitat elicited primal awe and fear great enough to beget the creation deities to give meaning to the human whole.

Millenia later, they live not only to see but to instantly share what they see (and think) with others, a process itself imbued with passion and purpose.

Digital devices are no longer just accouterments but indispensable partners in a life project transformed by their existence.

Any sustained smartphone disruption might send the planet to a place midway between petulant panic and blinding shock. I use the word blinding advisedly.

But even the smartest of phones still needs power. Forgetting a charger on a trip can briefly produce a new and very real form of separation anxiety As a result, manufacturers that offer longer-lasting batteries are prized. Commercial airlines increasingly offer power ports to keep the smartphone peace.

In a nutshell, no power, no phone — and a feeling akin to bereavement.

Eyes enter this story because they function in much the same way, exposed to similar (if far more devastating) disruption.

Yet these colored orbs are very much like the coolest of digital devices in that their sexy looks alone gets them nowhere.

Eyes may be windows to the soul, but the view is opaque without neurological assistance.

When the linked-in parts of the eye are synchronized, these remarkable instruments register what’s before them and transmit visual data to the brain along two biologically enriched power cables known as optic nerves. The brain depends entirely on these power cables to receive, interpret, and render that which we call vision. If these cables fray or fail, vision diminishes and dies. There are no reset buttons or replacement cords.

A variety of eye malfunctions can be corrected with glasses, contact lenses, and laser surgery.

Injuries aside, eyes are generally stalwart — unless something, usually disease corrodes the famous cables.

Here we part company with the the smartphone analogy. Optic nerves are hives of esoteric cells specifically designed to manage the task at hand. If they wither, the loss in visual acuity is irretrievable.

Optic nerve diseases (Glaucoma foremost among them) are referred to as neuro-degenerative disorders and as such are distant kin to Parkinson’s, Alzheimer’s, and Lou Gehrig’s.

Optic nerve cells, like many in the spine, stubbornly resist medical efforts to regenerate them. When it comes to eye and spine maladies, the brain is coldly unsentimental.

Efforts to revive optic nerve cells are complicated by their structure, each one (and their numbers are finite) a kind of micro-Einstein. So far, plain-Jane stem cells have done little to wake the dead.

I’m most often asked about my broken eyes because, brown as ever, no one can imagine them in harm’s way. Many I speak to profess an inability to conceive of my condition. I look well, they say (most all metaphors are visual).

Some insist a remedy “must” exist, as if human fragility (and mortality) didn’t exist to vex such hopefulness. Some insist, without malice, on showing me smartphone photos of travels and children.

On days when my one not-quite-dead eye works (I know how to recognize a car, but not faces), I escort guests to my living room where I ask them to please detach the plug of my now unused TV from its wall outlet. I then hand them the remote and ask them to turn it on.

“But we just unplugged it,” they say.

To which I smile. The sophisticated remote, I tell them, represents my healthy looking brown eyes, useless and unresponsive because the system cannot power up. The data sent from eyes to brain goes nowhere.

But since TVs seem passé, they better understand my predicament when I apply it to smartphones and chargers. This makes them wince. “Oh my God, that’s terrible,” I’m told. Then, “I don’t know what I’d do without my phone. Not seeing it. I can’t imagine.”

By which time they’ve said it all.

— Glaucoma’s optic nerve damage has extinguished the author’s right eye and more than 80 percent of his total vision.