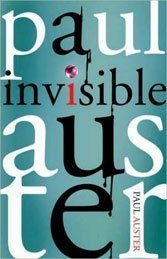 Auster’s pretentious “Invisible” is aroused from square one. Coital escapades are par for the course, but when anatomically vivid incest kicks in the real question becomes why some of America’s better 60-plus authors seem determined to substitute Penthouse hormones for storytelling.

When Margot flees her sinister Frenchman and New York City, a lonely, Bohemian Adam tumbles into bed with beautiful sister Gwyn for a month of “incestuous rampage” and “unholy matrimony” during which Gwyn expresses her “unflagging interest in the mutabilities” of her brother’s turgid penis, which she wants to “adopt.” Adam finds himself next Paris, where spectral Margot reappears, this time trying to arouse him with tales of “thrusting her tongue deep into women’s assholes.”

The libidinal dependency matters because it ultimately mars the kind of bag-of-tricks, wheel-within-a-wheel novel that Auster is usually expert in concocting. Not here. It turns out student Adam Walker isn’t Adam Walker but a pseudonym drafted by friend and author Jim Freeman whose narrative job it is to read his now-dying classmate’s memoir. Did the murder mentioned in “Adam’s” story really happen? What was Born’s role? Was the incest a fantasy? Are Margot and Gwyn real? And what about Born’s shady past? Was he once a torturer of Algerian prisoners? How dependable is reminiscence?

Freeman, hearing from “Adam” after three decades, wonders “how he had managed to disappear so thoroughly.” Adam himself worries if by writing a part of his memoir in the first person “I had smothered myself and made myself invisible.” Auster’s pseudo-autobiographical novel is about the passion of remembering, and the allure of selective memory. Often intriguing, it’s finally too overheated and disjointed for its own good.