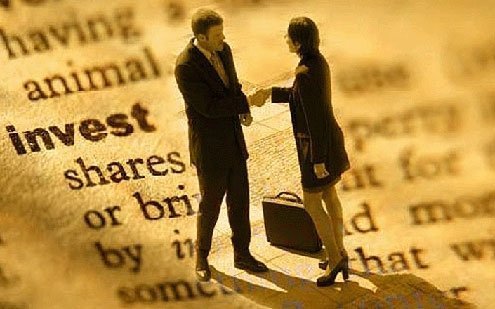 Protection against fraud was what most distinguishes U.S. from foreign investments.
L

et’s say you reside in Italy and have money you want to invest in securities. If you’re looking for help, what are your options?

While some American expatriates might feel comfortable purchasing local, or European-traded securities, and being helped out by an Italian financial advisor or money manager (perhaps affiliated with a U.S. investment company), there’s a downside. You forfeit the considerable rights and protections you would get in working through an American financial advisor or money manager and buying even the same securities in the United States.

Much of this concerns protection against fraud, which can be in the form of either false statements or failures to disclose facts an investor would want to know before making the investment.

American federal and state laws give investors in the U.S. — including non-residents and foreign citizens — substantial rights in the event a company makes fraudulent or grossly negligent statements about its status, including failing to disclose salient facts about its finances. If you become a victim of such statements, U.S. securities laws exist to help you seek recourse and recover your losses. Many states also provide you with a right to recover interest on your principal and help pay plaintiff’s attorney fees.

In addition, most U.S. state laws would help out if you received negligent or wrongful professional advice from an investment advisor. Once again, under normal circumstances, Italian law does not.

In 2010, the Supreme Court ruled that an investor who had purchased stock on a European exchange (after being misled by a company’s allegedly fraudulent statement) could not take the offenders to court in the United States. Though one company behind the alleged fraud was American and the investor would have had securities law on his side had he purchased the same stock on a U.S. exchange, the high court ruled that domestic securities laws applied only to U.S. purchases. Lower courts have of course followed that decision.

Of course, most American securities cases involving false or misleading statements made by publicly held companies are brought as class actions. Individual claims are rare since most typically don’t involve large enough damages to warrant the cost of an individual bringing a case on his or her own.

Therein lies a significant difference between the U.S. and Italy. Italy and most European countries don’t permit class action suits — at least not the way they are known in the U.S. First, an Italian class action requires all members of the class to actively join in the suit. Second, Italy’s “class action” procedures do not extend to securities cases. Finally, and perhaps most important, Italy, unlike the U.S., doesn’t allow the hiring of plaintiff lawyers on a “contingency” fee basis. Who would be willing to take on a lawyer’s hourly rates for all the members of the class regardless of the outcome of the case? If that wasn’t enough, under Italian law the plaintiff may be liable for the defendant’s attorney fees if the plaintiff loses.

There are no known cases of a successful securities suit under similar circumstances under Italian law.

It boils down to a basic rule of thumb. If you make an investment in the U.S in which you or the overall market for the stock you bought was misled, you have grounds to bring a claim and a reasonable chance of recovering your losses. You are also likely to be able to coast along and get recovery through a class action in which the plaintiffs’ attorney fees are paid but only if the case is successful. If you make the same investment in Europe, even though you are an American citizen, and even if the company making the misleading statement is American, U.S. law doesn’t allow for recovery, and there is no potential for a class action recovery.

Thankfully, most investments don’t result in lawsuits — on either side of the Atlantic. Publicly traded companies are not in the habit of disseminating inaccurate information. However, far too often there have been examples of misleading statements or failures to disclose all material facts regarding an investment. When that happens, you are far better off if you purchased your investment in the U.S.

— The author is the retired founder of the Stoll Berne law firm in Portland, Oregon. He spent most of his 45 year law career representing individual and institutional investors in securities cases throughout the United States.

About the Author: Robert Stoll