Into the soul of the deep south 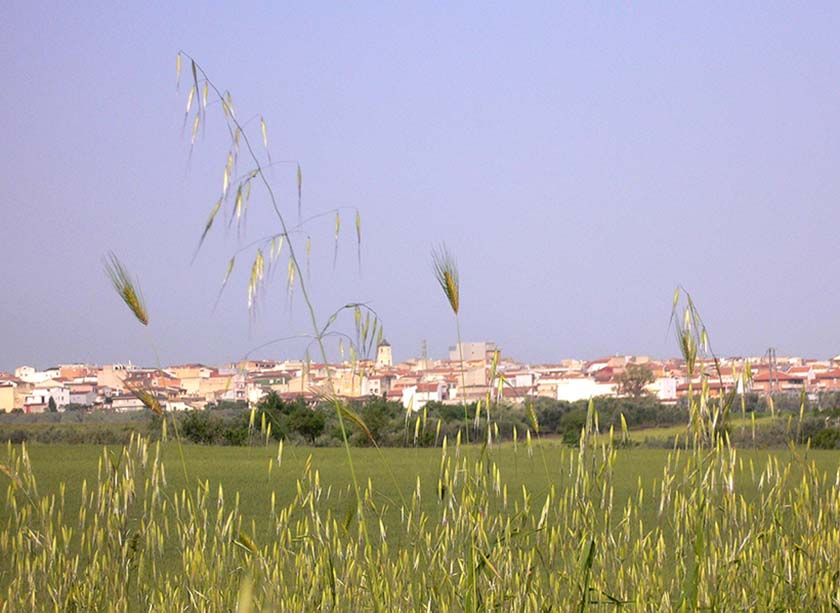 Poggio Imperiale vista, near the foot of the Gargano Mountains. Photo by Alfonso Nardelli.
I

taly is the country, as someone used to say, of one thousand belfries, where “belfry” stands for home town. In fact, there are about 8,000 cities, towns, and villages scattered all over the peninsula. For many years my wife and I have traveled to the north of Apulia, to Poggio Imperiale, no more than a hamlet at the foot of the Gargano Mountains, the very spur of the Italian boot.

We go there to spend the Easter holidays with her brother’s family. We were unable to keep the tradition alive this year, deterred by government travel restrictions to help stem the spread of the coronavirus. Before meeting my wife I had never been there, although I had often seen the village lying on a gentle hillock (a poggio) while driving along the A14 expressway. Headed north, it is particularly visible on the right. Not far away, in the distance, you can also see Lesina, the reflection of its bell tower on the sky blue waters of the homonymous lake. I could not help but marvel at the scenery every time, especially riding on a double-decker with my students, on dozens of school trips to the north of Italy from our native Salento.

A Poggio Imperiale granary in the 1960s.

I often contemplated a visit but I never did go, always speeding past the exit, a post sign, marked Lesina-Poggio Imperiale. When I first met Pina, my wife, and she told me she was born in Poggio Imperiale, fate decided on my travel plans.

Quite unusual for a southern Italian village, its history is actually recent. While all nearby settlements date back to Roman times, and in many cases to the pre-Roman era (to the civilization of the Daunians), Poggio Imperiale was founded around 1759, by Placido Imperiale, prince of Sant’Angelo dei Lombardi, whose marble bust still watches over the main square.

A few years earlier the prince had acquired the fiefdom named Ave Gratia Plena, stretching for hundreds of hectares (one hectare is about 2.5 acres) around the lake of Lesina, at the time a fishing village surrounded by malaria mosquito prone marshlands. He decided to build a large farmstead and a few houses for the farmers on the knoll, far from the miasmas given off by the stagnant waters, and hired several peasant families from nearby villages, as well as workers from more distant places like Foggia, Bari, and Francavilla Fontana. He later invited a few dozen Albanian families, several of which eventually moved away, replaced by others from the adjoining Principato Ultra, now the province of Avellino.

That is probably the reason why the local dialect is so distinctly different from all the others of the province of Foggia, sounding sweeter and more melodious, vaguely reminiscent of the Neapolitan idiom. It can be most appreciated by reading poems by Giacomo Fina, or better still by listening to the old poet as he reads his compositions.

The village, originally named Tarranòve (“new land”), thrived thanks to the cultivation of cereals and vegetables, the production of olive oil and wine, and the mining of marble from the renowned Apricena quarries. In the past, characteristically, cereals were stored in granary pits (fosse granarie) excavated in the limestone, a custom common all over the Foggia province. According to some, the very name of Foggia could derive from fovea, meaning pit. Today, the places where the granary pits were located are still marked on the ground, in the main square of Poggio Imperiale and adjacent streets. On the centenary of the death of its founder, in 1886, the name was changed to Poggio Imperiale.

PlacidoImperiale built a large farmstead and a few houses for the farmers on the knoll.

The population grew to number more than 4,000 people, slowly decreasing after World War II, when a consistent flow of migrants began heading for the north of Italy, but also for the United States, Switzerland, Germany, France, and Belgium. This exodus shrank the village to the 2,600 inhabitants it has today. Almost all emigrants invested a large portion of their earnings to build new houses, to which they returned to spend their summer holidays, dreaming of one day retiring to these native abodes. For many of them, however, the dream never came true. In the end, they chose to remain abroad near their children and grandchildren, so today several houses are empty, to let or for sale.

The history of the settlement, short as it is, has been described and analyzed by various local scholars, who pieced together all the information available in the various archives, the local parish, and the public record offices, as well as in private collections. The variety and the abundance of these publications was certainly fostered by the presence, surprising in such a small town, of a publisher. I was struck by the books about local history piled on the counter of a stationer’s store and bookshop on the main street, where I entered upon my first visit, about 20 years ago, to buy a newspaper. The books were reasonably well edited and annotated, some extremely well documented. Eager to learn more, I asked the man behind the counter who, it turned out, was also the publisher. “It’s me,” he said smiling modestly. So I learned that the stationer’s and bookshop was also the publisher’s “office” and housed the premises of the Edizioni del Poggio, plus the branch of an insurance company, for good measure. It was somewhat reminiscent of those drugstores you see in films set in remote corners of the American Midwest.

We struck up a friendship and, over the years, Peppino Tozzi has published a couple of books I translated. With every visit, I became increasingly involved in all sort of literary activities, unimaginable in a place that, at first sight, might appear lodged at the edge of the civilized world. I began writing forewords for collections of poems and short stories by local writers, or reviewing their works in a Foggia newspaper. It was quite an exciting experience, which also led me to learn and write stories about interesting people of the region, most forgotten or unknown to the great majority of the locals. But these can be stories for another time.

Poggio Imperiale lies in a strategic position, being nicknamed the “Gate to the Gargano,” and it is the ideal base for excursions both to the towns and villages of the “holy mountain” to the east, and the no less charming places to the west, in the Daunian Apennines.

Poggio Imperiale lies in a strategic position, being nicknamed the “Gate to the Gargano.”

San Giovanni Rotondo, where St. Pio of Pietrelcina is buried in architect Renzo Piano’s stunning new basilica, is less than an hour drive to the east. From there it only takes another half-an-hour to Monte Sant’Angelo, with St. Michael Archangel’s Basilica and impressive grotto, and one of the castles of Frederick II.

As an alternative, you can circumnavigate the promontory along the scenic highway Strada Statale 89 “Garganica” connecting all the seaside villages and resorts. In summer, you might feel a pressing urge for a swim. Marina di Lesina is a ten minute drive north-east, with miles of golden sandy beaches, crystal clear sea, and pine woods.

So if you happen to be around, after coronavirus’s heathens have been vanquished, Poggio Imperiale might be worth a stopover. There are a couple of B&B (L’Olimpo, on the main street and La Rusticana, just round the corner from the main square), and renting a house could be a choice for a longer stay.

Lesina is a stone’s throw from Poggio Imperiale. An evening stroll by the lakeside and dining at the Antiche Sere or at the Bistrot (linguine or spaghetti alle vongole and grilled local eel being my favorites, especially served with a chilled San Severo Bianco or an Orta Nova Rosé) is something not to be missed. But should you prefer meat and vegetables, you might resort to “Kilometro Zero”, on the outskirts of Poggio Imperiale, on the road to Foggia, and treat yourself to a choice of local food (and here, when they say local, they mean it). In this case, a Lucera Red might go well.

During the war, the U.S. Army Air Force built an airfield just outside Lesina. They paved most of it with Marston matting (pierced steel planking), because the soil was too soft. After the war, local peasants reused the matting for fencing and balustrades for balconies, still visible in places. Along the lakeside, a memorial was erected a few years ago, to commemorate the 325th Fighter Group, whose P-51s once used the now-abandoned airfield as a base.

Poggio Imperiale has a very high percentage of people more than 100 years old and, a few weeks ago, one of the major southern Italian papers also emphasized that, up to now, it remained unscathed by the virus, which has killed thousands of such elderly people, particularly in the north. It is probably due to its relative isolation, but the clear and pure air the people breathe here, the healthy food, the freshly picked vegetables sold by the peasants at their doorsteps, the more relaxed way of living — still in harmony with the rhythms of nature — may also play their part, perhaps helping to boost their immune system. It is just a romantic idea, I know, but in territory as lovely as this, romance is allowed.