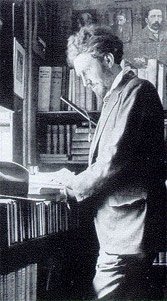 t the peak of Western worry about Soviet anti-Semitism, “Saturday Night Live” comedian Gilda Radner cooked up delicious subversion. What, she demanded to know, was all the fuss about Soviet jewelry?

Dressing down the highfalutin is an occasional obligation and now’s the turn of the so-called new humanism.

New York Times columnist David Brooks and other gifted American essayists have lately taken to discrediting the individualism-heavy French Enlightenment, implicitly putting the molecules of solitude under house arrest. “We are social animals, deeply interpenetrated with one another, who emerge out of relationships,” Brooks wrote recently, agitating on behalf of a new and broader interpretation of rationalism tied to emotional connections. To honor the age is “to enter other minds,” “thrive in groups,” and “serenely monitor the movements of one’s own mind and correct for biases and shortcomings.”

In this vision of personal purpose, mental organization is fused with the quality of relationships. Satisfaction and erudition are made contingent on emotional give-and-take. Feeling people possess their own scope.

Let the battle of the social and psychological sciences begin.

But I’m not here to wage war. Or even shout. I simply wish to point out that humanism is first and foremost about what single beings can construct within themselves independently of circumstance, social setting, and political status.

The humanism I know, or was trained in, hinged on self-knowledge and critical thinking, which combined idealism and skepticism. Acquiring intellect was necessary not as an ingredient of snobbery but to help filter out group gossip and defend against the pleasing tyranny of the fashionable and the sentimental. Critical thought — art as its outgrowth — came ahead of social interpenetration. A well-tuned mind could be deaf to group interaction and still produce harmonies treasured by the whole, or misunderstood by it. Constant correcting for bias only endangered the risk-taking process.

More important, mental serenity didn’t necessarily stem from thriving in groups, or even from sharing, but existed as a parallel realm often seen as attainable through imaginative, non-literal and non-linear striving, few such journeys entirely pleasant.

Though Brooks and his tribe intend their argument as a way to push the mind beyond the specifics of one discipline toward a more collective “emotional science,” the ennobling of bonding tends to trivialize solitude. The new humanism in fact resembles a sort of solipsistic socialism, which tools such as Facebook apolitically institutionalize.

But involvement isn’t for all. Solitude is not a sickness in need of medication. Detachment can help the creative mind cavort in realms that social interaction comfortably waters down. Most novelists make up worlds and the societies within them. History’s greatest artists, monks their precursors, imposed detachment to recluse themselves from earthbound conformity, concerned that constant participation in the murmur of the pack and its habits, however reassuring, could limit any appropriate response to awe, whether secular or holy.

American poet and writer Ezra Pound, a 20th century modernist who journeyed from Idaho to London to Venice, advised poet friends including T.S. Eliot to “make it new.” The “it” was language. Eliot responded with “The Waste Land,” in which April is the cruelest month outside consensus.

Eliot, an American who desperately wanted to be a British aristocrat, wrote the landmark poem while depressed and in poor health. When finished, he sent its draft to Pound alone. The rarely serene practitioners of extreme creativity believed nothing should be made social until perfected among the trusted.

Physicists operated similarly, with Fermi and Einstein left alone to dabble in dim rooms, ruing academic impositions that got in the way of concentration. Michelangelo deplored company and Van Gogh was crazy. Asked about his writing, Hemingway once noted that what mattered was not what you put in but what you left out. The opening line of poet Ranier Marie Rilke’s remarkable “Duino Elegies,” a meditation on man’s tumultuous relationship with self and God that took 10 years to write, came to him while walking alone along the Duino Castle’s Adriatic cliffs — “Who, if I cried out, would hear me among the angelic orders?”

Today’s new humanists might well reply to the poet’s rhetorical question with a resounding “Everyone!” Emotional literalism is a serious but unacknowledged limitation of group thriving and relationship-based humanism. The group is not trained to listen for the nonsocial timbres that Rilke sought and found amid cliffs and chasms, eventually transcribing the whispers that came to his mind alone. That’s the individualism neither history nor humanism should do without.