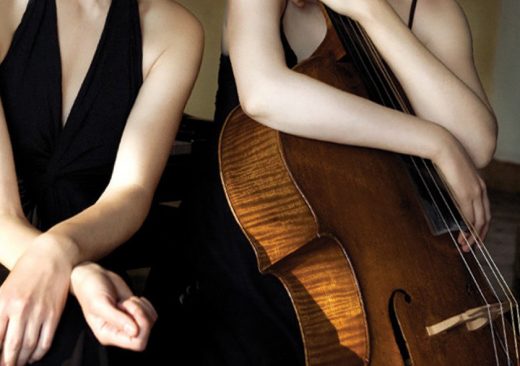 Making friends with cellos in the middle can be hard work.
H

er name was Margot. I met her in my group cello class. She was the new girl and sat on the edge of the semicircle with her cello poised against her torso. Her mousey brown hair was a mixture of curls and un-brushed wads and her clothes a modest t-shirt and brown baggy pants. At first glance all this was unassuming.

Yet, when she introduced herself, she lit up like a star. She smiled widely, her face open and ready. I liked her immediately and wanted to be her friend.

During the class, the quality of her playing was well beyond the rest of us and I felt envy rise up in my chest. Mostly I envied her easy manner and how she laughed openly at her mistakes. ”Oops!” she’d say. By contrast, I was careful with every note and tightened when my intonation failed. She didn’t seem to care about progress at all. She was simply having fun.

After class, she was enthusiastic about “jamming” and wanted to know if anyone wanted to get together. I nearly fell off my chair to give her my number. She smiled at my eagerness, which I took as a good sign and I hoped she would text me.

True to her word, Margot did get in touch, and we arranged to play together at my apartment the following Sunday. I was excited, then mostly nervous. I worried that with just the two of us my inadequacies would stand out. I set a goal to at least keep up enough to not make a fool of myself.

The Sunday was cold and brisk when Margot arrived. She wore a t-shirt and shoes with no socks and, no surprise, her smile filled the room. She walked around as if my apartment were hers, examining my bookcase and commenting on favorites we had in common. She then sat down to the salad and butternut squash soup I’d made for lunch. It’s always good to feed someone you’re trying to befriend.

“Bach!” she announced before leaving. I nodded and smiled. Oh dear, I thought to myself.

Over bites of arugula, I learned that Margot grew up in Kentucky to parents who divorced when she was three. She didn’t elaborate except to say it was her stepmother who had seen promise in her musical interests. She was encouraged to apply to a good school, found one, and flourished. Afterwards she moved to Brooklyn.

I also learned that she was young enough to be my daughter, but I didn’t want to give that detail away. When you’re in your 20s, why be friends with someone of your mother’s age?

As Margot spoke, I was struck by my strange eagerness to include her in my inner circle. I guessed I yearned for her qualities she embodied — skill, relaxation, good cheer. But I knew I needed to find them in myself.

When we got out our instruments, she took charge and I acquiesced.

She showed me how to tune the cello with a drone app and described the circle of fifths, a concept in music theory. She fondly recalled  learning the musical scales and tried to convince me I could love them too. I tried to be open.

Initially we played songs we both knew. She then took the difficult part in a new duet. I was thrilled when we actually sounded good and we high-fived at the end of a harmonic melody.

Throughout, she was giddy with curiosity and courage, attempting to master passages well beyond her skill. She was clearly having fun. So was I, but I was also sweating.

I knew it was time to wind things up when I started to watch the clock. Not surprisingly it was about the same time that Margot announced she could go on playing for hours. I knew it was true, but I had stretched myself enough for one day. As she packed up, we made arrangements to meet next week.

“Bach!” she announced before leaving. “Let’s learn one of the cello suites!” I nodded and smiled. Oh dear, I thought to myself.

When I closed the door, I headed straight to the couch and collapsed. My envy was gone. I was exhausted. I had held my ground with Margot and didn’t embarrass myself, but it took all my mental and emotional effort to do so.

Seems I got my wish to be friends with the new girl who lit up the room. And I was starting to be easier on myself, trying new songs and shrugging at mistakes. But could I learn to embody her qualities simply by being around her? I wish it were that easy. After a single afternoon with Margot, I discovered what I hadn’t imagined possible: being inspired by someone can be hard work.