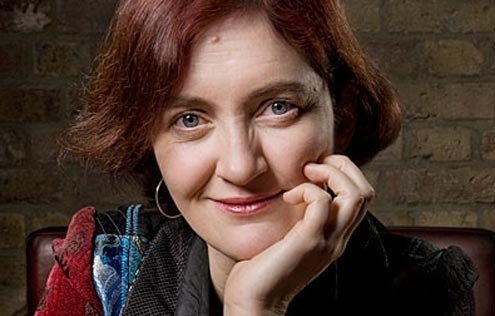 Vice-Admiral Henry Codrington has brought savage divorce petition against his young wife Helen, charging “general impropriety,” and adultery. He names family friend Colonel David Anderson as her co-respondent. In this trial, feminist leader Miss Emily “Fido” Faithfull becomes a key witness. Her final testimony will depend upon a mysterious sealed letter, and determine the case’s outcome. Smart touch of suspense for both story arc and character.

With its endless accusations of adultery, attempted rape, and cruelty, the Codrington trial dragged on from 1858-1865. Donoghue’s seventh novel dramatically compacts proceedings into a few months of 1864, as she presents her four actors’ secret desires. And the tangled lies they use to conceal them, even to themselves. What poignantly transparent webs we weave.

Donoghue starts her tale one ashen London summer day, in front of Fido’s office building as it opens for work. When feminist Fido arrives, lovely Helen places her pink hand on her old friend’s thick arm. It’s been seven years since Helen stopped answering the other woman’s letters, but she glibly finds a convenient lie for that. Eager to believe, Fido is again in love. Overcome by emotion, she stumbles up against scarlet-uniformed Colonel Anderson. Who just happens to be Helen’s escort that day. A wondrous meeting. And all by chance! Even a very, very faithful friend might wonder at such coincidence.

But Fido is desperate to maintain her myth of Helen’s “innocent” behavior. Eventually it will lead her to act as the self-duping go-between for Helen’s encounters with the colonel. With Fido’s help, Helen “honorably” outmaneuvers the constraints of her May-December marriage to grey-bearded Vice-Admiral Henry. Like her blonde-whiskered young colonel, Helen sees no fault in satisfying any of her impulses. As long as there’s a fronting scenario of propriety. They’d been using public wharfs at midnight for sex… a bit risky. But now there’s useful Fido.

In his fashion, Henry, too, constructs his house of cards on Victorian upfront propriety. To deny his cuckolded reality. Fact is: Helen’s a harridan at home. He’s long been glad to see her spend days and nights out of the house, “honorably” escorted by family friend Colonel Anderson. Charmed by his own self-deceit, Henry even feels his marriage-bed banishment is explained by “the facts of life.” For doesn’t everyone in his good society agree that a pure woman who has borne a child or two is finished with sexual contact. Yet the Vice-Admiral is experienced commander of Britain’s international naval forces, who travel with wives and (many) children. How can he believe this home-baked Vic nonsense?

And Fido? How will she reconcile a then-unspeakable passion with feminist goals for women’s economic (but not sexual) liberation? She manages by lying to herself. She might have been in time to save Helen, had she warned severely enough of the ruinous consequences of divorce. But first she would have had to first accept that Helen was no innocent. Instead she defines Helen’s “itch” as a “warm constitution.” In fact, Fido often slept with her “as tight as two spoons.” Surely there can be no sexual interpretation of their warm embraces and kisses.

And what about Colonel Anderson, co-respondent in Henry’s divorce petition. Is he so blinded by the concealing platitude of “honorable” escort that he can’t anticipate the real-life consequences of so frequently and openly satisfying a married lady’s desire?

Donoghue’s previous novel “Room” fictionalized contemporary newspaper accounts of long-term sexual hijacking and predation and was a finalist for the 2010 Man Booker Prize. Here again she relies on period accounts to examine sexually motivated behavior. To explode four human dramas. Played out in the braying theater of London’s courtrooms, and its sensationalist press. Once more, she’s carefully built her narrative upon that unbeatable dramatic story: reality. As the trial discloses her actors’ closet deceits, public exposure and self-knowledge fall on them “like a mantle of lead.”

The Irish-born Donoghue lives in Canada. Make a note to follow her work.