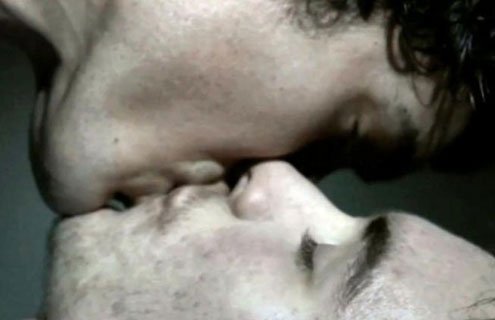 You've had lots of beautiful girlfriends but you never seemed really interested in any them.
T

Coming out to your parents is something no straight boy has ever had to do. I was nearly 30 years old when I told my parents I was gay. Until then, I had mostly kept my life a secret. They really did not need to know. It would only upset them. Why create problems? And little by little I cut my family out of my life. They no longer knew me and they did not know the reason why.

One evening I was watching “Roseanne,” my favorite show at the time. It was the episode in which her father had died. After the service she was alone in the chapel with her father’s body. She spoke to him and told him everything she had wanted to say while he was still alive. I imagined myself on the inevitable day when my parents die. It would be to late to explain to them the reason I pushed them away and that it was not their fault.

At the very least I owed them the truth.

Walking in a cold October drizzle with my father I made the announcement.

“I wondered if you were,” he said, “You’ve had lots of beautiful girlfriends but you never seemed really interested in any them.”

“Do you have a boyfriend?”

“Well, maybe you and Juan will come and visit us. Just remember we have neighbors.”

I promised that neither one of us would show up in a dress or high heels. We both laughed.

The weekend came when I phoned my mom to say Juan and I would like to come for a visit. My mom was silent.

“Mom, Juan and I have been living together for more than two years. The bed in the guest room is a double. We can both sleep there.”

“I just think everyone would be more comfortable if Juan were to stay on the couch.”

“I think you would be more comfortable. Grace (my younger sister) and her boyfriend share the same bed when they come to visit.”

“Yes, but that’s a little different, don’t you think?” She was now using her schoolteacher shaming voice.

“I want you to meet Juan and we would love to come and visit. We are a couple. If you are uncomfortable with that we don’t need to come.”

“That’s emotional blackmail.” She had slipped into her victim voice.

“Think about it. Call me back if you change your mind.”

She did. We came and slept together in the same bed.

By the time I neared my 40th birthday my life had changed radically. Juan and I had split up years earlier. I was now married to Alberto and we lived in Milan.

For the past three Junes it had become our habit to escape to Sardinia along the Coasta Smeralda. June was early enough that the rich and aspiring rich were not out in full force.

We stayed at one of those tourist complexes. We called it the chicken house; stacks of cardboard boxes covered with caramel and mustard colored stucco imposed on a Mediterranean hillside. It was conveniently located, cheap at that time of year and had a wonderful view of the Magdalena Islands. This year the one room chicken box we usually rented was unavailable and to our good fortune we were given a three-bedroom apartment.

Through mutual agreement we decided to invite my 85-year-old mother-in-law and Alberto’s oldest sister over for a few days. They could spend the day together on the easily accessible pristine hetero beach while we hiked a couple of kilometers down the coast to our homo hideaway. They accepted and arrived the following week. We had our space, they had theirs. We could do our thing, they could do theirs.

Back at the chicken house we sat on the veranda gazing out to sea, drinking vodka and laughing. Even though we had spent most of the day lying on our backs, swimming occasionally and dozing off continually, we could barely keep our eyes open.

By eleven, Alberto’s sister had been in bed for a half hour. His mother got up slowly and said good night. Alberto and I watched as she carefully negotiated the obstacle course of plastic lawn furniture. She wobbled precariously as she traversed the protruding rail of the sliding glass door. Once she was inside Alberto said, “It kills me to see her like this, so slow and frail. Did you she how unsteady she was?”

“It’s true,” I said, “When I first met her she was so much more agile, but now after only a half bottle of vodka the poor thing can barely walk.”

Alberto looked at the almost empty bottle and we both giggled.

“Well I guess she won’t have any trouble getting to sleep,” he said.

After another half hour, the vodka was drained and so were we. In bed, with a day of sun and an evening of cocktails behind us, Alberto was feeling amorous.

“No we can’t,” I whispered as he intensified our traditional good night kiss and caressed my inner thigh.

“Your mother and sister are in the other room.”

“We’ll be quiet.” He continued to caress.

“No, it’s me. I just don’t feel comfortable.” I heard echoes of my mother’s voice

“My sister didn’t seem to have a problem having sex at home when she got knocked up on the family sofa. In fact I think you can still see the stain.”

Alberto’s mother and sister snored on through the night, apparently undisturbed by our muffled sounds.