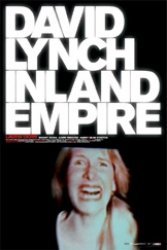 David Lynch warps boundaries. He’ll film sand dunes to tell you about waterfalls. He thinks in mirages. Surrealism is a relief from the narrative average, which bores him. Here, he wraps gypsy fortune telling around movie-making to create a Gothic-Deco murder mystery that unfolds into a stream-of-consciousness fable about the strobe-light spell called Hollywood. Too long by an hour doesn’t phase Lynch; his life-of-the-mind mojo needs the three-hour room only European producers allow.

Fading actress Nikki Grace (Laura Dern) is picked to star in a remake of Tennessee Williams-style love story. Remake is the wrong word since original film, based on a Polish folktale about adultery and revenge, led to the long-ago murder of the two leads. It’s cursed; she’s cursed; film is the medium where madness is certified. Lynch delivers creepy goods early on, when a neighbor-cum-shaman appears at Grace’s mansion door and menacingly mars the time-space continuum. Lynch’s fractured reality then piles dreams atop one another to give claustrophobia a good name and a Slavic address.

Unlike “Mulholland Drive,” which had a cyclical plot, Nikki’s search for time and place and memory is psychedelic and fractured (“What came first?” she asks again and again). Sets are hypnotized. Faces are caricatured. It’s Death and Dalí, with a big pinch of Timothy Leary. Watching Dern thrash around this carnival cage — is she an actress, a whore named Susan Blue, an avenging angel? — is like the fear of drowning committed to film. You’re in celluloid’s thrall, then suddenly plucked free, only left alone to slip again, in the end not quite sure what just happened, or why.

Dern is beloved by Lynch the way Tarantino worshipped the “Kill Bill” version of Uma Thurman. Jeremy Irons, Harry Dean Stanton, Julie Ormond and Nastassja Kinski are present, if not quite accounted for. Suspend disbelief or stay away.