In the name of… 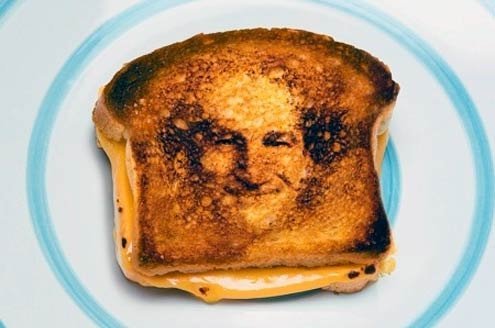 If God made sure we got the apartment we were looking for, I would study Hebrew.
I

was raised in an agnostic household. I say “agnostic” because neither of my parents were aggressively atheist. The fact is that I never once remember hearing any mention of God in our home, except for various expletives marrying holy nomenclature to very non-taboo four-letter words. Neither of my parents were remotely religious in their outlook; and if they were, they never told me so.

Anyway, about five years ago I decided I should get informed about religion. I figured maybe I didn’t know what I’d been missing, so I read the Bible cover to cover and made a pact with God. My pact was that if God made sure we got the apartment we were looking for, I would undertake the study of Hebrew and become an observant Jew. We got the apartment and I signed up immediately for language lessons, which continue to this day. As far as observance, well, that kind of petered out after a year or two. But I still have some souvenirs from my trip, which I will treasure forever.

So I think I understand what people mean when they say they believe in God, and why they get upset when a smart ass like Bill Maher comes along and sticks a pin in their balloon. In his new film “Religulous,” Maher casts himself as the latter-day agnostic-par-excellence, the troubadour of doubt, the bearer of bad news. Maher’s bad news is that, as bus ads in London recently proclaimed, there probably is no God. So enjoy life, he says, l’chaim!

Before the film came out in Italy, I had made a gentleman’s bet with a friend of mine who teaches media studies here in Rome about its eventual release. His educated guess was that the film would not pass through the Vatican filter, especially because (very short) parts of the film were made inside St. Peter’s. In one segment Maher, who was raised Catholic, is peeking excitedly out of the cupolone — when the camera tumbles to the ground. Maher may have been tossed out of the cathedral, but his film wasn’t blocked from Italian distribution. See it while you can.

“Religulous” follows on the heels of a wave of atheistic literature which has been growing since September 11, 2001, or thereabouts. Authors Sam Harris, Richard Dawkins, Daniel Dennett and Christopher Hitchens are often referred to in the same breath, as if they were a law firm. They are the Big Four, and if they can’t convince you there is no God, you probably aren’t trying hard enough.

Ebullient and irreverent as it is, Maher’s film suffers from a few setbacks. The most severe of these is that his subjects are almost exclusively religious kooks. Take the Holy Land Theme Park’s “Jesus” (a paid actor), Ken Ham of the Creation Museum (who believes dinosaurs and humans cohabited in the Garden of Eden less than 6,000 years ago), or a Jew-for-Jesus who looks forward to nuclear apocalypse so he can finally be with his maker — even if he lives “in a dumpster.” Probably the most serious person interviewed is a Vatican astronomer (that’s right) who plays less into Maher’s hands than the rest of the film’s merry gang of lunatics. Wait, there’s also a jihadi rapper, a stoned “marijuana priest” in Amsterdam, Arkansas senator Mark Pryor and an anti-Zionist rabbi from the infamous Neturei Karta who endorses — what else? — the destruction of Israel.

From its inception, Maher’s project was doomed to diagnose the margins of religious looniness — easy to laugh at, sure, but people who don’t make the best case for the defendant. In a truly secular society, even God deserves a fair trial. But it must have been difficult for Maher and his director Larry Charles (of “Borat” fame, et al.) to hook more respectable religious types. Even then, an interview with the pope seems a mere pipe dream. How about Muslims in Muslim countries? The only ones he could get access to live in enlightened Europe, which is telling in itself. And even then their views are censored (“It’s not religion, it’s politics!”) But I can’t help fantasizing: What if he had gone straight to the Kaabah, or to Teheran?

Don’t get me wrong. I had a great time at this film, and I essentially agree with its premise that laughter is better antidote for life’s problems than unverifiable claims about the nature of the universe. At this late stage in the game, I frankly don’t think it’s possible to make an air-tight case for God or religion.

However little we may know about ourselves and the world we inhabit, we still know too much to be able to rely on Bronze Age mythology for our morality. And this has long been religion’s last bastion of hope, that all morality stems ultimately from God. In the meantime, the flat earth has become rounded, earth has ceded its centricity to the sun, and the sun to the billions of other suns in the billions of other galaxies that make up the known universe. Religion has shrunk to accommodate all of this, though not without moaning and groaning.

The Catholic Church has even — miraculously, I’m tempted to say — admitted no conflict between the theory of evolution and the Catholic faith, something which American Protestantism and Islam are still fighting with clenched fists.

In the end, however, religion is left with the gaps: whatever we can’t explain, insert God. When we begin to explain it better, move the God piece to a different hole. And that’s a pretty paltry theology, if you ask me.