In the Miso Soup 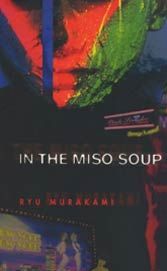 By Ryu Murakami, translated from the Japanese by Charles McCarthy

Serial killer tales are a dime a dozen, but Murakami (not Haruki) writes insidiously well. His spare approach makes horror breathtaking by keeping it simple and unemotional.

Then, before New Year’s, comes Frank, a bloated American who for starters appears innocuous and naïve. He’s also a liar. Further plot is a dead give-away. Puns aside, Frank is a shocking character in a Freudian potpourri as mesmerizing as it is unpredictable.