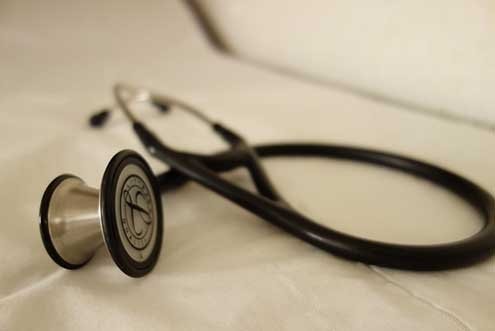 In a new column, the author delves into Italy and its medicine.
N

ovember 1978, just inside Tanzania, 11 at night, five weeks after my then-husband and I had left New York for good.

The two soldiers who’d stopped our truck were so drunk they barely managed to keep their bayonets pointing in our direction. Andrea and I, about to close our six-week African parenthesis before settling in Italy, obediently climbed down, escorted at rifle-point to the tent of an equally sloshed camp commander. He dressed us down and ordered the protesting driver to haul us back to Kenya.

Fighting near Uganda had closed the Tanzanian border, dashing our fantasies of watching lions stalk wildebeest at Ngorongoro Crater and smelling the cloves in Zanzibar. Public busses between the two countries had been halted and there were no connecting railway lines. Andrea’s awkward stab at bribing a ship’s captain had fizzled, and our final attempt to cross the border — this time hitchhiking — had now met the same fate. The fuming trucker drove back across the 10 miles of no-man’s-land and dumped us at the Kenyan border station.

We got snatches of outdoor sleep on narrow, wooden, and painful benches. At dawn, a workingman’s bus en route to Mombasa stopped and picked us up.

In my dreams that night I said farewell to my American life. My dusty nowhere in Africa seemed to straddle not just the edge between two countries but represent a watershed between my old world and my new one. Maybe it was facing those bayonets as a couple that hammered it home: I really had thrown in my lot with my Italian husband and with the unknown.

When our plane took off from Nairobi a week later, I was ready to leave certainty behind and begin a joyful adventure in chaos.

Chaos aplenty awaited us, joy zero. The Rome we touched down in was bewilderingly dark, depressed, menacing, with none of the raucous street life that had seduced me as a tourist a few years before. Just months earlier, in May 1978, former Italian Prime Minister Aldo Moro had been kidnapped by the extreme leftist Red Brigades terrorist group, murdered, his body dumped two blocks from his Christian Democratic party’s headquarters. The event put Italy’s terrorist crisis on the front page of newspaper and magazines worldwide.

Italy’s Communist Party, the largest in Western Europe, caused headaches for Washington policymakers, who worried what might happen if it actually came to power (it didn’t).

The oil crisis was at its peak, made worse by Italy’s near total dependence of Middle East oil. Restaurants closed at 9 p.m., Rome’s prime binging hour. Trigger-happy cops manned intersections, and the few pedestrians scurried like rats from doorway to doorway.

My personal gloom deepened when I learned my Italian medical license wasn’t there awaiting me, as a nice but ignorant lady in the New York Consulate had promised (it would take 18 months).

Fortunately, everything eventually came right. By 1981 Rome had regained its bustle and I had launched a medical practice that would with time become the envy of my American colleagues. I’ve gotten to play the old-fashioned country doc for decades, treating three and four generations in the same family, while enjoying a clientele – one-third American, one-third Italian, one-third miscellany – that’s included Kenyan diplomats, English nannies, Burmese nuns, Italian auto mechanics, and Nobel laureate poet Joseph Brodsky. I have the world’s best medical secretary. I practice blissfully free from the diagnostic coding and insurance company pre-authorizations and electronic medical record regulations that torture U.S. physicians. I can choose which medical guidelines to follow and which to ignore.

Okay, I haven’t had the peace of mind that comes from a top-notch hospital backup, or accumulated a fat investment portfolio like my colleagues back home. But between the professional plusses and the glorious Italian lifestyle I wouldn’t swap my Roman career for any other.

In this column, you’ll get observations about my time here, about medicine and Italy, and about a life lived far from home.

—See the author’s professional site and Stethoscope on Rome blog.