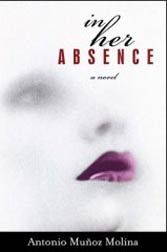 By Antonio Muñoz Molina, translated from the Spanish by Esther Allen

Muñoz-Molina, like Luis Buñel (see “That Obscure Object of Desire”), puts class struggle and hallucinatory infatuation in his wry crosshairs.

This lean, smart novella, written before the magnificent “Sepharad,” is the narcissistic story of a “lover’s daze.” Draftsman Mario López, a draftsman of poor origins with a brother in the Spanish Civil Guard, lives in provincial Jaén (Andalusia) with his beloved young wife Blanca.

But social climber Blanca, not yet 30, has apparently vanished. Instead, Mario sleeps with an imposter — “the woman who was not Blanca,” he calls her. Muñoz Molina adds through subtraction. Still-infatuated Mario, a parochial masochist who rues his own cultural ignorance, is convinced that Blanca has run off with Lluís Onésimo, “the villainous multimedia artist from Valencia.”

Since Blanca once dated an artist-poseur named Jimmy Naranjo (his design movement is called “La Factory.”), Mario has reason to worry. Blanca, an upper middle class matchstick girl, adores charlatans. As Onésimo (“that obvious phony”) casts his spell, Mario has “a very serious suspicion” Blanca has left him and replaced herself.

Muñoz Molina’s delusional Mario is an insecure everyman who tugs on Superman’s cape hoping for a real part in his own fantasy, which includes marriage. At one point, Mario says he likes Blanca “better than any other woman he saw in any part of reality, including movies and advertisements…” Touché.