In a New York minute 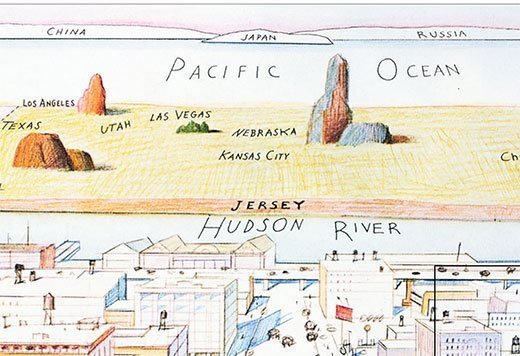 everal months ago I added a new travel app called Hopper to my phone. The idea behind Hopper (its icon is a leaping rabbit) is to make it easier to find and buy airline tickets. It also has convenient alerts that let the user know when prices drop to destinations the user wants to visit.

I set up alerts for several cities, including Amsterdam. Though I’d been there before, I was eager to see the newly renovated Rijksmuseum, the city’s premier art museum. The price alert worked. Where I once would have considered a $600 round trip a deal, I was now being notified about a fare that ran only $350. It seemed too good to be true. I suddenly and anxiously felt drawn to the ticket, as if I had to buy it. I checked my choices of airlines, departure and arrival times, and put an itinerary on hold. I then examined my hotel options. Wanting to be close to the city center, I found a mid-range single room for $150 a night on a lovely block close to restaurants. I imagined myself walking along the historic canals, gazing at Rembrandt paintings, and seeking out my favorite Van Gogh.

I suddenly and anxiously felt drawn to the ticket, as if I had to buy it.

Then, for some strange reason, something inside me stalled. I couldn’t go through with it, at least not at that moment. I waited a day but was still stymied. I then started doing some simple math.

Even with the low airfare, the trip would not be cheap. I calculated the cost of the hotel, taxis, the museum fees, and meals. With everything rationally stitched together, the trip would cost me well over $2,000. Did I really want to go?

After that came a different kind of calculation, one I hadn’t previously factored in.

What if, say, I was given $2,000 in cash to spend in New York City over the same 10 days, or even a month? And what if I could spend this cash on anything, frivolous or meaningful? This would be fun money, not for bills or basic necessities. How would I spend it?

Just that thought made me feel strangely and instantly rich. I rose in status in my own eyes — like in a Dickens novel, the scrimper became a spender. I moved from someone who had enough to a person with money to spare.

Think of it! I could go to a Broadway show and sit in the expensive seats (instead of accepting cheap exile in the balcony). I could take a taxi home instead of waiting for the growling subway. I could dine at a 5-star restaurant instead of heading for the Middle Eastern cafe stocked with cheap kabobs. I could forgo sensible purchases and — what a treat — buy what caught my fancy.

Why should I trade these brightly-lit New York possibilities for a whimsical trip across the Atlantic? I asked myself why this thought, simple enough at heart, had escaped me through all my many years of travel.

I mentioned this to friends over dinner, and they, too, seemed to be hit by the same epiphany. Like me, they traveled at great expense, only to rein in spending in at home. They bargain hunted for toiletries and groceries, deprived themselves of soft toilet tissue and protective sunscreens. To them, buying a front-row seat to a concert or season tickets to the ballet was a self-indulgent extravagance they put out of their minds.

But jetting off to Paris for a week somehow didn’t qualify. That they could do because it was a trip.

Why should I trade these brightly-lit New York possibilities for a whimsical trip across the Atlantic?

Clearly I’d hit on something larger than myself or Amsterdam.

I’ve always thought of myself as a clear-headed thinker, but I’d stumbled onto a long-time blind spot. It was a spot that had a lot to do with how you spend money and how you often choose not to spend it in your own back yard.

I love to travel and always will, but one less trip would mean a hometown journey that would add joy to my everyday life.

I ended up deleting the itinerary and the hotel. I expected I’d be secretly disappointed. After all, I’d been hankering for canals and paintings.

But the disappointment never came. I simply forgot I’d ever had the idea.

Will I stop dreaming up foreign adventures? Not just yet. But for now I’m in love with my new calculation: living large in New York City. Everyone should be lucky enough to have that as a backup option.