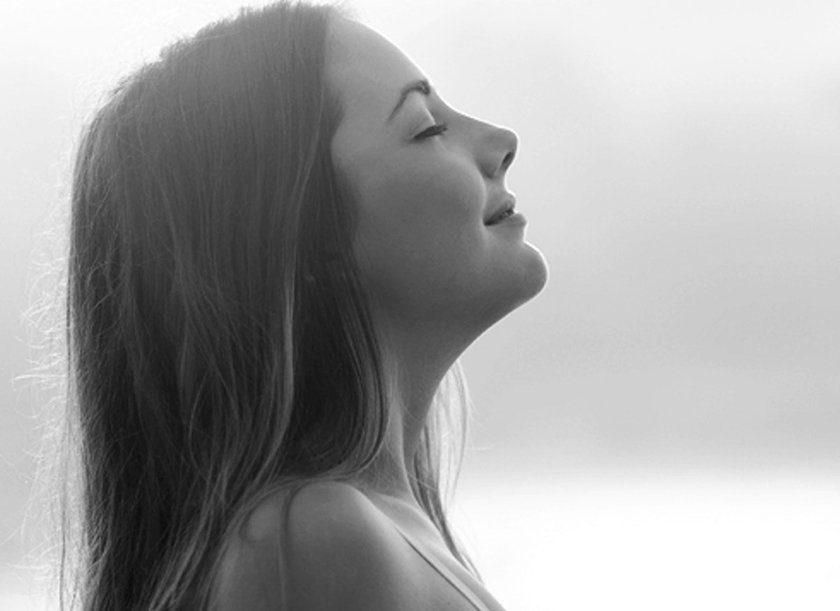 Learning the preciousness of breath...
I

’ve returned to meditating lately. What’s a bit different this time around is that I’m now doing it daily.

I’d been practicing meditating on and off for many years, but the task of doing it on a daily basis, usually in the morning — for 20 to 40 minutes — is new to me, and undoubtedly a response to being in partial quarantine, as coronavirus cases continue to rise in my state of Florida.

I learned to meditate in Rome, a peculiar place to begin something that requires both stillness and silence, each one an anathema to Rome’s chaotic, hedonistic ways. But at the time, more than a decade ago, I was searching. A year before I began meditating, I’d broken up with my Italian boyfriend, and while I was over the immediate trauma of first heartbreak, the effects still lingered.

Good friends who’d taken up meditation suggested I do the same. I was skeptical: I’d tried it in college, and hadn’t liked it — instead of emptying my mind, it filled it with even more preoccupations.

Instead of emptying my mind, meditating filled it with even more preoccupations.

But I decided to give meditation another try by taking a course. I entered the Indian Embassy in central Rome with both curiosity and trepidation — especially when the first thing I noticed was a giant poster of a tiger in the hallway leading to the meditation hall. Tigre, Italian for tiger, was my Italian boyfriend’s nickname. He was the last person I wanted to be thinking about.

To my relief, however, he remained far from my thoughts during most of the course. The first time I meditated, I woke up to a mental surge of flowing words. I was learning to be a news reporter at the time, but my words were not journalistic; they were more, I dare say, poetic. I felt the same way I had when I’d discovered writing as a child. Writing my first poem had been a liberating experience. This later made sense, when I learned that meditation taps into the unconscious mind, also home to most creative impulses.

My first meditations also gave me immediate clarity. My ex-boyfriend did finally enter my mind during the five-day course, but in a surprising way. I found myself at peace with the break-up. I even appreciated his moniker, tigre, as reflective of his admirable capacity to go after life, rather than suggestive of my fear of being consumed by him. Moreover, the break-up itself, which once had monumental proportions in my mind, was now just another moment in my life story.

The “secret sauce” to this meditation technique — from the Art of Living Foundation — is a breathing technique called Sudarshan Kriya, which in Sanskrit translates to clarity of vision. It is based on rhythmic breathing cycles that prepare the body and mind to meditate. There are a couple other simple, yogic exercises that create the foreground of the breathing cycles, which also help relax the body enough to “leave the body,” as meditation is sometimes described.

The “secret sauce” to this meditation technique is a breathing technique called Sudarshan Kriya, meaning clarity of vision.

Despite all I learned in Rome, I practiced meditation only irregularly. It wasn’t until I moved back to America that meditation began to anchor my life. My return home was fraught with unsettling realities: America itself felt foreign after my decade in Italy, my mother died, and my profession was in crisis.

When I moved to Washington, D.C. for a job, the meditation center there became my second home. I’d spend long holiday weekends at retreats, also Saturday evenings. When I made the risky move south to Florida, where I knew no one, I at least made sure there were a few other people in my meditation group.

I still meditate with this same group, which has become an extended family. Of course, in-person meditation meetups were banned months ago because of the pandemic, but we do them online, which I admit is not the same, which is the case with all kinds of previously face-to-face meetings that have been pushed online. Still, it’s something.

Focusing on breathing feels especially important in the midst of a disease that above all attacks the respiratory system. I feel more grateful for the simple act of breathing — the act that also bookends all of life. The first act of life is breathing in; the last, breathing out.

Reminding myself of this makes me breathe a little easier.