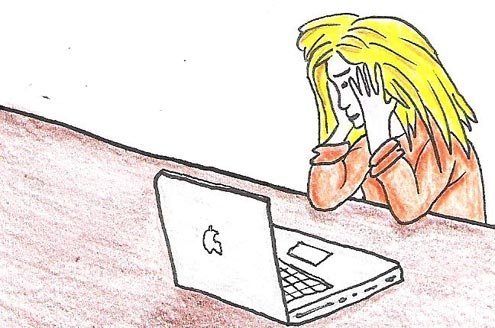 But what if it doesn't have ALL the answers?
I

’m losing my memory. It started with basic math calculations like the multiplication table and long division. Then I forgot phone numbers and how to spell. Now I don’t know how to drive out of town without getting lost. It’s not early onset Alzheimer’s or the dizzying effects of a night out on the town.

I was in fourth grade when I saw my first calculator. Math wasn’t my favorite subject so I was relieved to discover that this little machine solved all my problems. Carry over from the 10’s place? Move the decimal over how many places? Not to worry. Push a few buttons and let the answers appear before your eyes.

I took to it like white on rice, but I felt like a cheat. I thought in time I’d be found out, kicked back to third grade, to the math teacher who berated me for writing answers on my desk. Instead, no one noticed.

It was later that telephone numbers vanished.

I used to be a wiz. I could rattle off all my friend’s numbers with a rhythm meant for rap. 426-1382. 372-9086. Sometimes it was the pattern on the push-button phone that stayed with me; the numbers made a cross or T. Mostly it was a singsong pattern I heard in my head, the numbers riding a roller coaster of sound.

That’s all gone now. I still remember my parent’s number, though their area code changed which ruined the seamless recall. Not to worry. My smart phone holds all my numbers and when it says, “Call mom,” the dialing begins.

I recently bought a car after years riding public transportation. It’s nice when the train conductor or bus driver knows the way. You just sit back and wait for them to call your stop. I’ve found with driving, my GPS does the same thing. I just listen to what the voice tells me, “Turn left, turn right and merge onto the Belt Parkway.” Somehow I arrive.

I drove to a friend’s house on Cape Cod a few weekends ago and they asked me what route I took. I shrugged my shoulders. “I don’t know. I just listened to the voice, did what they told me, and now I’m here.” I tried to get out of town on my own one day following a map and someone’s directions. I got lost and gave up. Thank goodness my GPS was at the ready.

It’s pretty cool, all the things technology can do. The sad thing is that my own brain was built to do the same things and now my mind seems obsolete. I try to recall how I knew north from south like a migrating bird and how I could drive around using a map I kept in my head. When I do such searching, I feel like an archeologist looking for fragments of a lost way of life, the way thinking used to be. Images of highway signs, legend symbols and bits of a Rand-McNally appear and then recede. Next to it are mathematical formulas and postulates, the code to some ancient truth. It’s all very sad.

Maybe there’s still time to save my mind while I have enough memory left to know what I’ve lost. It just needs my focus and attention. As soon as I put my iPhone down, I’ll do some digging.