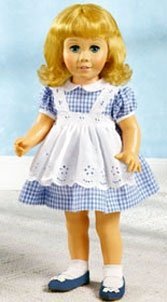 ’m overwhelmed by a private anthropology, or maybe closet sociology. I can’t see the forest for the trees. The sky rains cats and dogs. People demand that I tell them why I don’t have a mobile phone. Reverse snobbery?

It’s the size of a Patton tank, I reply sheepishly. Putting it in my pocket, I say, might suggest a vulgar version of breaking news. This is good for a laugh.

The real reason is the one I don’t tell them, fearing scowls: namely that I refuse to kowtow to the burgeoning world of Urgists and Spontanists.

I like these hubbubing factions since I made them up. They sound sufficiently ethnic and medical to fool most cocktail parties; the Urgists, for example, could be Chinese monks that sell Asian laugh tracks; the Spontanists a lost contingent of Voodoo-wise Spinoza followers that delight conferencing dentists by doing the hopelessly outdated Watusi.

Urgists and the Spontanists are my definition of those who are gladly swayed by first impressions. They’re pseudo-tekkie Populists influenced by (and excited by) the latest they’ve seen, heard or deduced from murmurs. They’re linked, networked and Berried. Intercommunication, for them, is forward motion.

Descartes (the French guy who came before Spinoza) was so taken by human distraction and susceptibility (“the reign of the senses”) that strode he through 17th century France and Holland promoting what he called “the movement of the spirits.” Urges meant significance. “Cogito, ergo sum,” he trilled.

For him, the real world was humankind’s sloshing around within it. Forget rain, cats, dogs: You thought yourself up. The rest was metaphysical gravy. (Søren Kierkegaard would later beg to differ, but death-obsessed Danes are rarely the life of the party.)

Urgists and Spontanists are people whose urges and spontaneity are pure adjectives. They’re always in the thrall of modifiers. Take the sentence “He ran fast,” a simple declaration that says just enough to be neat and specific.

But any good Urgist or Spontanist would find it blasé. Why say “He ran fast” when you might instead choose to say “He totally ran very fast,” with “totally” modifying “ran” in an effort to establish the movement of the spirit, and “very” enriching “fast” to supply authenticating urgency and communicative vigor, watering down the specific to make it more intense.

Vigor is the new truth.

But back to my phone.

I do not carry it, I tell Urgists and Spontanists, because I don’t seek replenishing. Flux gives me the jitters. I’m trimming, slimming; just what’s in my head, ma’am. Yes, I know, it’s “my problem.” Give me too much and I forget how to make it up. My imagination can do without a fasten seat-belt ping.

I don’t disdain technology. I’m as amused as anyone by the talk grid’s fast cackle. I don’t yearn for ink pens and outhouses. And no, I wouldn’t rather live in North Korea.

I would however assign more time to non-transcendental meditation. That means training to gain more from available “white” time, those parcels of vacancy still unfurnished by the new kitchen’s wired clatter. It also means encouraging life’s forward progress to acquire a worldly wit and a conversational flavor that while mined from the audio and the visual comes out as well-advised speech.

Call it my “lame” (if you need a modifier) effort to suggest the human undertaking is more interesting when not always the sum of incessantly refreshed first impressions.

Mine is self-censorship to keep the cats and dogs from falling. It’s lip service to life as drizzle, which it mostly is.

Sure, I listen in on the communication of others (how not to?) and watch the sending show unfold. I marvel at the awesomeness of concerted doing that keeps everyone busy. As a result of all this industry, the Urgist and Spontanist manifesto is necessarily non-contemplative. Or better said, it’s abbreviative. The all of the everything is forever paid forward at a second’s notice.

That’s no friend to the reasonable or the well-reasoned. Worse, if links get kinky (or hinky) and the daily dose of life’s “very-ness” goes AWOL, trouble gets a life. A more annoying and limiting cosmos appears, and with it a less embroidered version of self, which include withdrawal and intimations of… mortality.

The collective self-overwhelming exists in part to keep such sobering thoughts at bay. Cartesian postmodernism — ergo sum, ergo sum, ergo sum — serves its own vital purpose. Confirmation of “unaloneness” is triumph of emotion and intellect. It’s the soul of the latest assertiveness.

The network is a mirror rigged to talk like Dorian Gray’s back-room Chatty Kathy. “I’m yours,” it repeats. Until it hits you that that’s the doll’s only line.