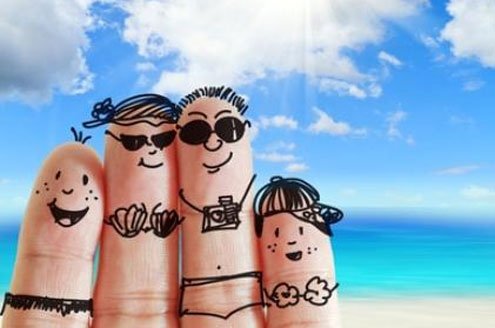 Just when you think your kids hate Italy, they don't.
M

y journey in to parenthood began more than seven years ago. Since then certain facts have become clear:

Just when you think you cannot love your kids anymore, you do.

Just when you think your kids cannot infuriate you anymore, they do.

Just when you think your kids hate Italy, they don’t.

I’ve had an on going cultural struggle with my kids and their Italian heritage. Yes, they were born in Italy and are being raised here. But they were cooked in an American oven and they spend ample time (usually two months a year) in the United States, Every time we leave the States, there is the ritualistic screaming and crying for days leading up to our departure. Every flight at least one of the kids wails in English about how he “hates Italy and Italians.” Every time we return to our apartment they lament how our house is small and we have no stairs.

In short, my kids have always been Italians who are anti-Italian.

First, we decided to pull them out of Italian school and place them in an American School beginning in September.

The second was the result of the first: Because the school started sooner, we decided to spend our summer vacation in Italy.

The result is that my kids have fallen in love with their father’s homeland. After spending their summer between the shores of the Mediterranean, the Adriatic with a spell on Lake Garda, it turns out, they don’t hate Italy at all.

When I broke the news that we weren’t traveling to the U.S., they were not happy.

“We aren’t going to America for the summer.”

I worried about inner scarring. It wasn’t pretty. Little did they know that the summer I had in mind would rival any East Coast trip. I even arranged friends to come as a substitute for their beloved cousins.

It began with a summer rental in Santa Severa, a picturesque little village on the Lazio seacoast a mere 40 minutes from our Roman abode.

“We have stairs!” the kids squealed with an exuberance that sounded like they’d just hit the Powerball lotto. The house stairs in question were literally stepping-stones to other luxuries that the Italian summer had to offer. First came watching the World Cup; then tide pools of sea stars in front of a medieval castle; and the daily gelatos – Italy won lots of points for that. Note: Parents enjoyed the relaxing vibe of a beach town full of bicycles and local farm produce.

There was also a trip to Puglia where “fooseball” on the beach, a rental van with three rows of seats, and (more) daily gelato had them re-thinking their view of the bel paese. Additional note: There was raw fish, burrata and Primitivo for their parents.

Then came the vacation to Lake Garda in the Dolomite Mountains where swimming between floating docks, biking on the pristine streets of Northern Italy and daily gelato sealed the Forza Italia deal. Note: Parents enjoyed Muller Thurgau and Gewürztraminer.

In all, we had a great family summer. Towards the end, I got the kind of affirmation that any parent would appreciate.

“Yes! We didn’t realize it before,” added my five-year-old added.