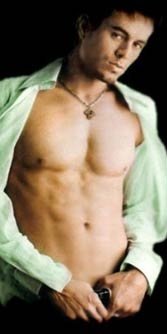 or some time I’ve been trying to decide whether I still like Facebook and Smartphones (I hope this doesn’t ruin my chances for working for you one day, Mr. Zuckerberg). This may be where your jaw drops down to the floor and you gasp.

The subject came up the other day in conversation with friend over hot chocolate in a Rome cafe. I can’t remember the last time I’ve read a book, I told him.

Once you get a Smartphone and sign up for one or more social media outlets, you come to depend on them. It’s like a drug. Having constant Smartphones, social media and Internet access is like crack. “Take a look around you,” I told him. Sure enough, just about everyone around us was using some kind of Smartphone or wireless apparatus.

Don’t get me wrong. I’ve often thanked my lucky stars for my iPhone: Maybe I needed a map or a lost number. At the same time, social media and phones have obviously changed the nature of relationships.

Take Facebook. I still know a few people who haven’t signed up (and probably never will). At first I didn’t understand why. Facebook was wonderful: It allowed me to get in touch with long lost friends and people I might not see on a regular basis.

The flip side you learn only over time. At the start, I accepted everyone’s “friendship.” It’s flattering. As the floodgates opened, I started receiving requests not only from childhood friends, former colleagues, but also from my parents’ friends, my coworkers and my husband Fabio’s relatives. Naïve, I accepted them all.

At the same time, Facebook was busy changing and extending its functions. For example, I liked “Social Reader,” which scanned the news for articles my friends were reading that might be of interest to me. What I didn’t realize amid all the excitement was that whenever I read an article about Enrique Iglesias’s sexy abs, the whole world knew, including my husband’s relatives, aka my Facebook friends.

I was inadvertently telling the (Facebook) world that I basically liked Enrique’s tortoise shell. I started getting leading comments, as in, “So Enrique’s abs, huh?” or “Are you trying to say Fabio needs to get abs like those?”

My response? Mind your own business.

But there’s the catch. That’s exactly what they were doing. My business had become their business.

On to Facebook pictures. Before I fully figured out the privacy settings, high school friends could “tag” me on all sorts of unpleasant pictures, which soon raised a few eyebrows. Anytime I added a picture, one or more of Fabio’s hometown relatives immediately scrutinized it. Questions came in: “Who’s that in the picture?” or “When was that taken?”

People were clearly doing the math: Was the photo pre-Fabio or had they “caught” me. The icing on the cake came when one of my mother’s friends told her I was in Florence for the weekend and she (embarrassingly) didn’t know, producing uproar. How could I not have the time to write her an email but manage to comment on someone’s picture?

On another occasion I decided ignore someone’s “friend” request only to get an email demanding to know why. It all began feeling too invasive. So I started creating lists of things I would share with certain people but not with others.

But this just made for more anxiety. At night, I’d worry whether someone was on my blocked list or whether they had access to a picture a friend had posted from our long ago Cancun graduation trip. Slowly but surely the fun started draining away.

When my friend told me he was spending much of his free time on his laptop or his Smartphone monitoring Facebook, I got it.

But once you enter the networked world, it’s hard to stop, or step out. Technology is constantly changing, especially for writers. Not having a Facebook page or a Twitter account means being left out of the loop. I can’t actually do away with it altogether.

At the same time I don’t want to become socially retarded, which I see with students. Many use Facebook instead of making a call. Some send messages to each other while in the same room. Writing short texts and using abbreviations has clearly damaged writing skills.

No, I don’t intend to give up Facebook or to bury my Smartphone. I do plan on taking breaks from Facebook and Smartphone to read a book every now and then. And if I want to read about Enrique Iglesias’s abs, I’ll do so in private.