If only you’d known 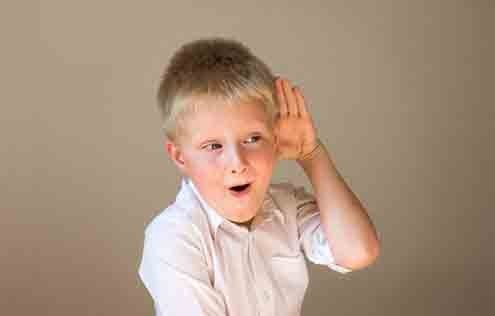 Imagine the all the amazing things being withheld!
T

he other day my stepmother was showing her son videos of her childhood while I was in the other room unpacking. From where I was I could hear voices from the video, which I assumed to be my stepmother’s parents, and a thought struck me: would she finally — decades later — be able to hear what the adults were saying while she played?

I think everyone’s had the experience of playing with friends and looking over to see parents talking to each other and laughing. I’m probably not alone in always having been curious about what the adults could possibly have been talking about. I was a little kid not that long ago so I decide to create a set of scenarios that would have delighted me. I’ve also hazarded a guess on what they were really saying, which would have delighted me less.

Scenario I: Edmund, father of Tim, six, and Johnny, four, looks at the children playing around him. He wants to be sure that none of the kids can hear before he finally tells the other parents: he knows what Santa Claus looks like. Sandra, mother of Veronica, 5, flips her hair and is nonplussed: she knows one of the elves — personally. Of course, she’d love to invite Tim over to see for himself but Sandra knows that Tim took Veronica’s glue stick and won’t give me it back. At this point Susan, Edmund’s wife has no option but to intervene. Susan

tells Sandra that they’ll tell share what Santa looks like if she forgives them for the glue incident. They shake hands, make sure none of the kids can see, and then Edmund describes Santa while Sandra gives them the elf’s contact.

What were they really talking about? Edmund probably told Sandra that the milk was cheaper at the Wagging Dog Supermarket instead of East Side Mart. Sandra, delighted that she’d be able to finally use some of those coupons and clear up counter space, offered to pick up some milk for them too. Susan joked that this deal made them sound like they were starting an illegal milk ring. They shook hands and laughed about their posse.

Scenario II: Five parents sit around a food table at the party of Lillian’s seven-year old child. They’ve all had a couple of cups of Sprite so they’re feeling pretty wild. Egged on by the soda high, Evanna finally blurts out the location of her secret candy drawer. It’s by the garage in a hard to open drawer. The other parents look around shocked. With no warning, Angelica confesses where she keeps her own candy: in the entrance behind the coats. Suddenly, everyone is spilling candy secrets. Some parents have drawers, others cabinets. In no time they’re all laughing up a storm, sharing the delectable treats they’ve hidden or stolen from their kid’s Halloween bags, enjoying their privileged and unlimited access to the drawers while denying the existence of any such a thing to their kids.

What were they really discussing? Probably how embarrassing sweat stains are and the wacky home remedies they’d tried to remove stains, so far without luck. What a hoot and a half.

Scenario III: While the kids are in the garden playing around, three mothers sip something hot and brown. The conversation hits a lull after they finish discussing who can eat the most raisins in one sitting. It gets so silent that Joanna decides to liven things up by talking about little rules she breaks at home. Joanna, for instance, after putting her kids to bed, plays with the Lego’s she made her kids put away only hours before. On some nights (when she feels really evil) she doesn’t put away what she’s been playing with and blames her kids for not cleaning up properly the night before. What a thrill! Louisa is surprised that Joanna prefers Lego because she is all about building Lincoln Log houses. But she too doesn’t always put the toys away because, as she explains, cleaning up after playtime is just a way for parents to manifest their authority. In the real world you don’t have to clean up after yourself.

What were these mothers really talking about? In all likelihood about how hard it is around the holidays, since everyone wants that one little detail that makes it feel special. No one realizes all the work that goes into making that little detail materialize. They’re also agreeing about how nice it is when everyone’s left, the kids are asleep, the food ready for the next day, and they can just sit back and have a glass of eggnog, the same one they’ve left out for Santa.