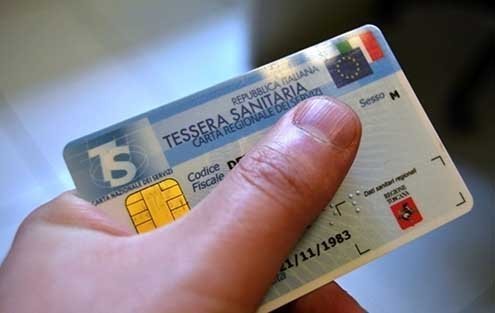 Italy's new health card, which contains a chip with personal medical information, is valid throughout the country and in EU nations.
I

’ve decided to give December 2017 a name. On my calendar it will always be known as “Shaking My Head With Delight and Disbelief Health Care Month.” Let me break down its highlights.

On the ever-wondrous Italian side, I received my new Italian national health care card giving me access to the country’s expanded health services. On the increasingly unbelievable American side, a Republican-led Congress passed the Tax Cut and Jobs Act, a tax bill that is projected to reduce those covered by health insurance by millions and drastically reduce funding for Medicare.

The difference in health care priorities between the two nations is stunning.

When the Italian National Health Service (NHS) was established in 1978, it was approved by 85 percent of the country’s usually fractious parliament. In the U.S., Republicans tried and failed to repeal President Barack Obama’s Affordable Care Act directly 70 times. With the front door locked, they snuck in through the back, scaling back individual provisions and using the massive tax bill to withhold the cash that makes the Obama Act viable.

The Italian system continues to build on its strong foundation. Health care in Italy is a right of citizenship largely paid for by citizens. According to the Italian Health Ministry the service was founded on the principles of universal coverage, social financing through general taxation, and non-discriminatory access to healthcare services.

The card I received is the tip of a benevolent iceberg, since available care is already broad and growing. The card demonstrates that I have the right to health care services that include a primary physician of my choice in the area in which I live. That physician is responsible for giving me basic care, all prescriptions for pharmaceuticals, and recommending specialists when needed.

On the face of the card is my identifying information including proof of my tax code. In a new twist, there’s an imbedded microchip that contains my medical history. The chip makes medical care and hospital admission more efficient. It also gives me access to the health care systems of European Union member states.

But it’s one thing to promise effective health care, quite another to deliver it. In this matter, Italy defeats decades of clichés arrayed against it. The country ranks second in the World Health Organization’s rankings, while the U.S. is 37th on that same list. Italy is no. 11 in infant mortality, the U.S. 27th; Italy is sixth in life expectancy, the U.S. 26th.

Yet despite Italy’s advantages in these categories, its per capita spending on health care is around $3,200 per year as compared to around $9,000 in the U.S.

The stubborn unwillingness of Americans to embrace the idea of universal health coverage is a constant reminder that it remains a country whose citizens value individual initiative over collective good. It is a nation whose politicians value the donor class far more than the middle or underclasses. There is no American health care card. There is no benevolent iceberg. On the contrary, there is social isolation, fear and resentment.

Though I’ve underscored some of these dangers before, it’s different this time around. With conservative Neal Gorsuch on the Supreme Court, Republicans how have a clear and critically important majority in the country’s most important legal chamber. But these are not Republicans of Lincoln or Eisenhower, known for their civic values, albeit conservative ones. These are amoral Republicans who, with few exceptions, have turned a blind eye to President Donald Trump’s insulting attacks on the media and the judiciary. Their passage of the tax bill exacerbates a longstanding but terribly dangerous pattern of selfishness.

The pillars of the United States are rule of law and First Amendment rights. Together, they represent the nation’s navigational paddles. Republicans in the age of Trump, detached from both tradition and consensus, are choosing to throw those paddles overboard ignoring the perils of the rapids up ahead. It’s a fool’s choice, and a recipe for drowning.