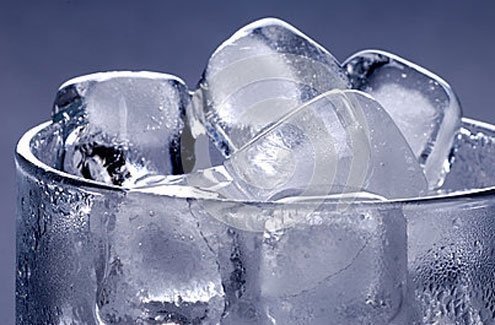 For Americans, ice is a necessity in almost all beverages.
I

’ve always been baffled by America’s love for ice. Not ice storms or snowstorms or polar vortexes but the strange ice cube obsession most North Americans seem to carry with them wherever they go — often leaving residents of their destination country, Italy including, completely bewildered.

Crushed, shaved, blocked, cubed, or slushed gli americani are addicted to ice. At home, they buy it by the bag or the block. It’s always available at 24/7 corner shops. Motels have ice machines to make sure guests can pack staff-provided buckets. Fast food outlets have churning machines. Seeing beverages in ice buckets or packed with cubes is standard in marketing images.

Americans want ice with tea, weak coffee, sodas, juice, liquor and water. I once ate at a restaurant that served ice just to cool down soup. Flying, I’ve watched people order an extra cup of ice to compensate for the melting cubes in their original drink. For some Americans, ice is a delicacy to chew on (my American father does this). American waiters, many on autopilot, often have a hard time coping my request for water without ice.

When I ask Americans to explain their polar passion I get such a farfetched range of answers that I’m left clueless.

One person recently told me that ice is essential in soft drinks because it dilutes the sugar content and generally makes the drink less sweet. Really? What about iced tea? In Italy, ice tea (no ice) is super sweetened while its American counterpart is always sugar-free. Yet the lack of sugar in the American version doesn’t stop ice tea from being served in tall glasses brimming with more cubes than liquid — in fact ice tea isn’t American without ice galore.

Another theory is concerns the “more is more” mentality. When American restaurants began offering free drink refills, with “free” being the key word, customers lapped it up, ignoring the fact that most refills were 80 percent ice. Instead of watching as their original drink was continually watered down, customers focused on the addition, not the subtraction. The act of topping off, of more, was all that mattered, and that act, at least with water, is now the norm, with prowling servers relentlessly refilling (ice-filled) table glasses.

Someone else made a case for physical space. While American refrigerators are large enough to produce and store larger amounts of ice, freezers in most countries are considerably smaller (so are living spaces). Trays of frozen water simply take up too much real estate. My Rome mother, for example, has a huge American-style refrigerator but rarely uses the ice dispenser. As a result, the freezer over-produces ice, leaving her to chip away at the blockage with a hammer. But she’s the exception. Most Italians have smaller units and plenty of family restaurants are dead serious when they tell American visitors they have no ice to offer (which can leave tourists shattered).

A few friends go for the simple reason: Americans like ice, they tell me, because they like their drinks very cold. But if a beverage is properly refrigerated and the liquid is truly cold, what exactly does “very cold” mean?

Could the American ice fetish be so basic as to fit into the expression “don’t leave home without it”? Maybe ice shortfalls in places such as Italy puts an exclamation point on a sense of “foreignness” that can make Americans suddenly aware they’ve been deprived of their Linus blanket.

Italians remain baffled. They just don’t get the ghiaccio craze. They never have. They can’t fathom the idea of putting a hundred ice cubes in every drink: ice is water and water dilutes. There’s also an economic factor. Italian cafes pour tap water for free and sell bottled water. In Italy, it’s perfectly normal to ask for your bottled water as either refrigerated or a temperatura ambiente (room temperature).

Italy also tends to associate temperature with health. The cold killed people for centuries and Italian central heating is far from perfect. My mom still tells me not to go out or go to bed with wet hair, or risk catching a cold. Italian parents still terrorize their kids away from pools or oceans after meals. The kids are warned that temperature differentials cause cramps. Usually, they’re held out for three hours. Food basically has to be completely digested before they can take a dip. Then there’s, “Don’t drink the water straight from the fridge.” Why? It’s too cold. You risk “congesting” yourself. Bottom line: cold is bad.

To Americans, this can sound like so much hocus pocus, or even comical. But there’s a kernel of good advice in many old wives’ tales. Just ask my sister. One hot summer day, she and her boyfriend gorged on an ice-cold Sicilian granita for breakfast — very hot weather to a very cold substance. Both nearly ended up in the hospital.

Though Italians are shy with ice, it’s a choice. Ice isn’t banned. They have it with cocktails, in whimsical gelato, in granita and grattachecca — enduring the occasional brain freeze. But putting ice in a drink during a meal? That would effectively ruin the dish by numbing the taste buds. It would impair being able to savor flavor. And that would be a cardinal sin of the kind Rome can do without.