I love you, partner 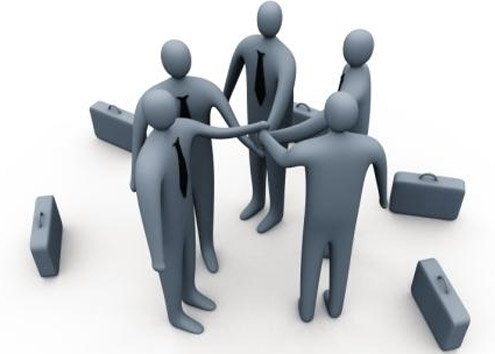 GendelThe languages of gender can struggle to find a commonly understood middleground.
L

ast summer I wrote an article about the entomology of the word “faggot” in which I explained where the word came from and how it came to be used as a slur against gay people. Unfortunately, when the editors tried promoting the column on Facebook, the “see no evil, hear no evil and speak no evil” digital monkeys read it as containing “hate speech” and rejected the link. While I applaud Facebook’s attempts to reduce offensive language online, the whole thing left me scratching my head.

It never ceases to amaze me how just one word can produce such strange and unexpected results, especially if the word contains embedded or implied association to homosexuality.

Here’s a story in that regard.

Ricardo is a physicist who works as an electronic engineer. He designs computer systems for large industrial generators and makes on-site installations in Italy and abroad. In recent years Ricardo had been working on various projects in isolated and dangerous regions of Somalia. One day I asked him about health insurance and emergency aid in the event he faced trouble while abroad. He told me that his company provided no coverage. His computer, however, was completely insured.

The company that employs him is typical of many small independent firms that got their start during Italy’s 1980s boom days. Ricardo’s boss, the founder of the company, is now almost 80. When Ricardo recently asked him about the company’s future, he replied that he didn’t like planning too far ahead. In short, his boss hadn’t named a successor.

Ricardo, only 40, sensed the insecurity of his situation and decided find something better before it was too late. He began working on his CV, organizing a job search, and preparing for interviews.

Some time later, Ricardo got an interview with General Electric, among the world’s largest producers of industrial generators. The interview was Milan but would be conducted in English. Ricardo panicked. He spoke only intermediate level English. I assured him he’d do fine in the technical portion of the interview because he knew all the relevant terms. We spent the next few weeks practicing sample questions for the more personal part of the interview.

Afterwards, Ricardo told me how it went. As predicted, the technical side went smoothly. The more personal part, conducted by two Italians and a high level American from the company’s human resources division, also went surprisingly well — until, that is, one of the Italian HR people began going over some of the benefits that GE offered to its employees working on overseas assignments.

In addition to providing medical insurance and attempting to ensure safe and secure working conditions, she told Ricardo that if he spent considerable time on assignment and for any reason was unable to go to home to Italy, the company would pay for either his parents or his wife to visit him.

Sometime previous to this, I’d told Ricardo that many North Americans preferred using the generic word “partner,” more neutral in terms of gender and marriage status, instead of the more traditional husband-wife or boyfriend-girlfriend. Ricardo remembered what I’d told him, and, since he didn’t have a wife, he asked the HR interviewers if the company would also be willing to fly his “partner” over to visit him.

According to Ricardo, they said no. This was Italy, they explained, and “that sort of thing” was not done.

Suddenly, the American HR person, who had been mostly silent until that point, jumped in, slamming his fist on the table. GE is one of the world’s most progressive and inclusive companies, he stormed, and yes, they would certainly provide for his partner to come and visit him.

Ricardo and I laughed as he retold the story. I offered to make a guest appearance should he require proof of partnership.

Days later, Ricardo was offered the job and a few weeks later went off to the GE center in New York for a six month intensive training program. A component of the program included sensitivity training on gender, culture and race. Ricardo completed his training in only four months, at the top of his class.

Not long after Ricardo began traveling throughout Europe and the Middle East on assignment with GE. A few years ago he married his “partner,” and she gave birth to a girl.