I Gemelli, an Italian story 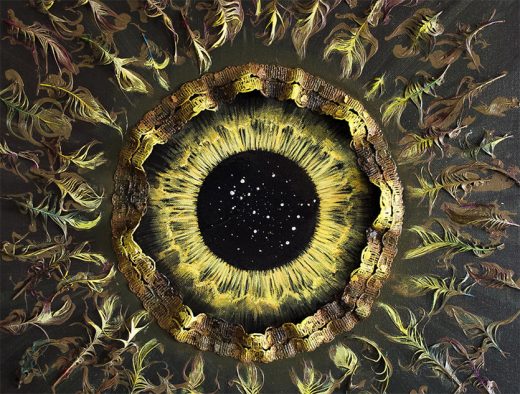 What astrologers see in the signs of the zodiac can help clarify a life.
D

i che segno sei? What sign are you? When I first moved to Italy after college, I got the question a lot, including from my Italian boyfriend Giuseppe.

No lo so, I replied. I truthfully had no idea what sign I was. I’d never read horoscopes in in the United States, nor had anyone ever, to my recollection, brought up my sign. I told him my birthday instead.

Ah, sei una gemellina! he exclaimed gleefully. A “little” Gemini, since Italians use the diminutive as a form of endearment.

He was an Aquarius, which meant we were both air signs, so compatible. Air signs are intellectuals, with Aquarius tending toward reflection, while Geminis were more communicative. He was a scholar, and I was a writer, so that made sense.

But soon after Giuseppe’s initial exuberance over our zodiacal alignment, he turned slightly preoccupied.
Ma, sei doppia? he asked, meaning did I have two sides to my personality, or specifically, the clichéd evil twin. Gemelli also means twins in Italian.

Certainly, like many people, I was shy in public and more personable in private. But I didn’t consider myself furba, another word Giuseppe introduced me to, which means sly.

I was shy in public and more personable in private. But I didn’t consider myself furba, another word Giuseppe introduced me to, which means sly.

His nickname for me was volpettina, or little fox, which I found cute and funny — mostly because I didn’t think it was true.

At least in America, no one had ever called me sly. In fact, I sometimes felt slower, albeit more thoughtful, than my peers. Comfortably a fly on the wall instead of a Queen Bee.

But in Italy, I could remake myself. Speaking in Italian, a more animated language than English, forced me out of my shell.

Perhaps it’s no coincidence that it was in the Italian language that I first became a reporter (a typical Gemini profession, where gumption matters).

When, several years after, I decided to move back to the U.S., Giuseppe blamed my restless Gemini nature.

I couldn’t deny that among the reasons I was moving was the seven-year itch.

Back home, I became a hybrid of my old stateside personality and my Italianized twin: Still shy and thoughtful as I was during childhood, but more outspoken and sveglia, or alert.

Sometimes, to break the ice with new people, I ask them for their sign. They usually look at me blankly, as I’m sure I once looked at Italians. Turns out astrology was more popular in Italy, perhaps because stargazing predated science. Dante made astrological references in his poetry, and Galileo was also a court astrologer.

Galileo was a court astrologer, putting his scientific inroads on hold.

Last summer, as I went through my Italian memorabilia, I found a printout with an interpretation of my personality according to my sign that Giuseppe had given me. Has a hard time settling down in life, always wants to change, looking for the next best thing.

It gave me pause. I was in a nomadic profession, in the gig economy. I knew that my commitment to words kept me grounded, but change and variety were essential to my creativity.

I was in my first trimester of pregnancy, busy pondering how having a child might affect my zodiacal tendencies. I quickly looked up information on traveling with an infant.

I was thrilled that the baby’s due date would make her an Aquarius. My mother was an Aquarius, too. Both thinkers, we frequently butted heads, but also reveled in each other’s company, dancing the dance of defiance and fierce love that often passes between mothers and daughters.

As Julia’s due date approached, my doctor threw me a curve ball: he predicted the baby would be two weeks early. That meant she’d be a Capricorn. Capricorns are typically conservative and practical — the astrological opposite of Aquarius, and hardly compatible with Gemini.

Instead, to my delight, Julia arrived five days early, safely in Aquarius territory.

Perhaps I have found my true twin.