I am the champion 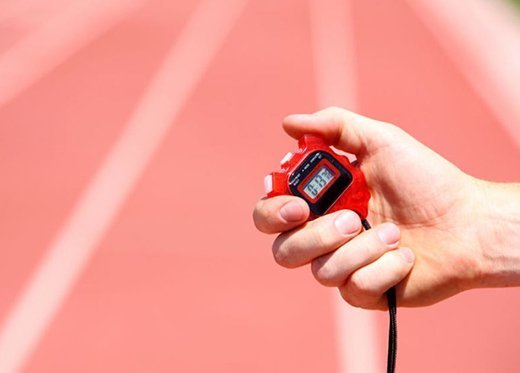 Putting yourself to a test, against your inner grain, can yield invigorating results.
I

was at my local fitness studio when the memory came to mind. In the small training class I attend, the instructor announced “Do It,” an upcoming fitness challenge.

The “Do It Challenge,” he explained, would use an obstacle course to test physical endurance and measure progress in both strength and agility. Everyone would compete, within their personal limits, against the clock. With the event set in eight weeks time, the trainer wanted to know who would participate.

As I was listening to his pitch to the class, I already knew my response. My shoulders slouched and I backed up against the wall. Nah, not interested, I thought to myself. Just going to do my own thing. I don’t go in for that challenge stuff.

It was then that the memory resurfaced.

I was in grade school when my report card highlighted a recurring theme. Written in cursive script at below the letter grades was a teacher’s remark, “She could do better but does not apply herself.” At age 11, I didn’t understand just what that meant. Nor did my parents sit me down to explain. I was a good student and showed up. I thought that was enough. But now, all these years later, the message was clear. To apply oneself is to push yourself a bit more.

When the trainer asked me point blank if I would participate, I was still hesitant, burdened by force of habit. Then, out it came. “Yes. Count me in. I’ll do it.”

Strangely, in saying ‘yes,’ I felt a surge of adrenaline rush through my body. My shoulders straightened and I felt more alive. Rather than staying back, I had chosen to step forward.

I trained hard week after week, testing my limits and pushing through them. Finally, the time had come.

On the night before the “Do It Challenge,” I dreamt about push-ups and kettle bell lifts. I reviewed the obstacle course in my sleep. In the morning, I ate a big breakfast and prepared myself mentally to jump higher, endure longer, and work to sustain my energy and speed. I arrived at the studio early and was ready to go.

In 11th grade, my report card highlighted a recurring theme: “She could do better but does not apply herself.”

Of six participants, I was number three. We started in intervals as music blared and a small crowd of supporters lined up to cheer. When the clock started for me, adrenaline and focus kicked in. It was a relief to get started. Though I heard the crowd, I knew only my determination would see me through.

I powered through the first two rounds of exercises, my heart racing. My mental run-throughs worked wonders as I moved seamlessly from motion to motion, my muscles re-engaging just as I had trained them to do, but with more speed and force.

I was quickly on to the third of four stages. Then I noticed I had passed the first two contestants and didn’t look back.

Moving on to the final stage, I intensified my focus and told my muscles what to do. My breathing raced but I remained calm and aware of the task at hand. I was now way ahead of the others. I hit the final bell to complete the challenge. I had won.

Overwhelmed with enthusiasm, the crowd surrounded me and gave me high-fives. I joined the others finishing behind me as we gathered and hugged. Photos were taken and awards presented.

I received the prize for the most willpower, dubbed by the presenter as the most powerful force in the universe. I beamed with pride.

Looking back, I suspect it was my 11-year-old self that wanted to participate all along. Waiting for the chance to move away from the wall and stand tall and stand out. The fitness studio offered me a chance to test myself in ways that went well beyond muscles and strength.

I had chosen to apply myself. And I was the champion.