Husband in the grass 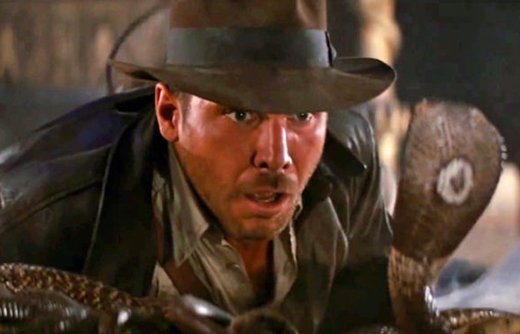 iulio and I are in the midst of an epic battle. For those of you arriving late to this column, Giulio is my delightfully hypochondriac, ridiculously patriotic, politically obsessed, Chanel no.5-wearing husband.

We’re closing in on our 12th year together, though some days it can feel like 100. I’m not being melodramatic. We are the relationship equivalent of cabin fever. We live together, work together, travel together and do everything else together. Not because we’re hopelessly in love, mind you, but because I’m a snob and he’s just a tiny bit (read extremely) patronizing.

In other words, we don’t have any friends.

Don’t look at me like that. We don’t have coffee shops out here in the sticks (as in Manciano, Tuscany). We don’t have art classes or poetry nights or book clubs or clubs or sports teams or any other outlet for social interaction. All we have are gyms. Eight gyms. And I joined one once… for three weeks. I signed Giulio up after he lost our bet. All he had to do was enter our home gym once without being dragged into it by me. He failed. Two months in a row.

It was a 12-week program. I think he went twice, then spent the other 10 weeks sitting in his car, scrolling through Facebook before flinging his perfectly clean gym clothes on the floor next to the hamper to throw me off the scent.

We are the relationship equivalent of cabin fever. We live together, work together, travel together and do everything else together…

So we’re stuck with each other. And we’re also stuck in an argument that is going nowhere in the same way we’re going nowhere because Giulio doesn’t want to move house.

People gush when I tell them I live in Tuscany. Their imagination runs wild with rolling hills and verdant cypresses, while I nod along never actually correcting them, but also never openly lying to them either.

Cards on the table for all to see: My view of the Tuscan countryside is dominated by crumbling abandoned postwar palazzos and an army of street cats.

Silver lining? We only have three windows. They all face the same direction and let in exactly 30 minutes of sunlight a day.

In the gloomy grey, I dream of a house with windows on both sides and possibly, and I know I’m asking for a lot here, a house that is not supported across one entire wall by a mountain of dirt. When it rains, that wall become a sponge.

So I sat Giulio down and outlined all the pros for moving to the true countryside and buying an actual house.

He nodded thoughtfully before announcing all the cons.

So, my country born and bred, vehemently anti-city Tuscan hunk is afraid of snakes —and spiders, and bees, and fresh air, and grass, and the Great Outdoors.

We went for a walk a couple of years ago in a local nature reserve. We were heading for the peak where, I was told, sat an abandoned church that once hosted a crazed and self-styled second coming of Jesus Christ.

We were halfway there when Giulio decided we’d never make it without being feasted upon by slithering, grassy assassins, so we turned around.

Minus the snakes, it was like that joke about the blonde who swims halfway to shore and then swims back out convinced she’ll never make it. I want to make that very clear. We did not and have not ever seen a snake in all our outdoor adventures. Every so often he shows me a picture that may or may not be Photo-shopped, of a snake said to be occupying some space in some forest in some corner of our vast region. He’s never seen a snake in the flesh but wields a big just-in-case stick every time we go on a picnic.

I don’t think snakes is a good excuse to stay put in the apartment where his nonna died, but apparently, it is because he is not budging.

My husband is convinced he used to be a pushover. Then, at some point in our 12-going-on-a-million-year relationship, he believes he turned assertive. Usually, this boldness manifests in taking out the rubbish. I’ll ask him to do it immediately but he proves he’s the master of his own destiny (and not to be swayed) by waiting until the next morning. By then, the brigand of street cats have gutted and dragged its entrails of eggshells and yogurt lids halfway across the alleyway.

We could build that underground wine cellar you’ve always dreamed of.

But what about my needs? I ask. I need to plant a bunch of eucalyptus trees around a way too big pool I’ll never use so I can pretend I live in Australia.

No matter how I approach the argument, I can’t win because somewhere in the vast Tuscan countryside is a snake with Giulio’s name on it.

Or maybe there isn’t, but he’s not taking any chances.