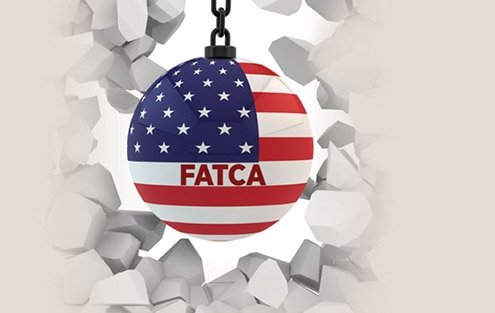 here are many ways to hunt pheasant. These birds know their brush. Survival instincts teach them to blend in. A hunter needs to scout the terrain and learn to block escape routes before setting up a shot. Going at pheasants with dogs barking and guns blazing will fail. Stealth is the game. So is having a plan.

The IRS knows taxpayers and how they move their money. The U.S. tax agency also knows how global banks and financial systems work. It also knows human psychology.

For more than five years, IRS has been focusing its hunt on finding taxpayers who haven’t filed U.S. tax returns or have failed to report foreign income or the existence of foreign bank and financial accounts — sometimes both. That plan took the form of the 2010 Foreign Account Tax Compliance Act (FATCA), a subject I covered in “Amnesty way,” “Checkmate, we lose” and “Zeroing in.”

The law makes strict demands of both taxpayers and foreign financial institutions. Foreign banks will be sending the IRS information on their U.S. account holders, something most taxpayers have come to know through bank query letters. The result is an increase in calls to U.S. tax professionals in Italy. Many callers say they were born in the United States and brought to Italy as an infant or child. Why is it, they want to know, that their Italian bank or investment company is now requesting their U.S. Social Security Number (being U.S. born is one indicator of being subject to U.S. taxes.)

The reason is a FATCA requirement requiring foreign financial institutions to work to identify possible “U.S. persons” among their account holders. The criteria banks use to identify an individual as possibly being a “U.S. person” — whether a U.S. citizen or legal U.S. resident (Green Card holder) — extends well beyond being born in the United States.

Red flags include the account holder having given the bank:

In Italy, account holders subject to FACTA scrutiny are those who as of June 30, 2014 held accounts with a balance in excess of $50,000, or those with insurance or annuity contracts with a balance of $250,000 or higher. Any account closed before that date is off the radar. Banks in Italy now ask all new clients, regardless of nationality, to complete a FATCA questionnaire when opening an account.

Banks initially sent letters to clients explaining FATCA and inviting them to visit their branch office by June 30, 2015 to either confirm or refute their U.S. status. If clients failed to respond, banks threatened to close their accounts, and many did just that

After that, the approach shifted. Starting July 1, 2015, banks again sent letters, this time to red-flagged clients, asking them to come in, usually by June 30, 2016, to confirm their U.S. status — or to prove they’d expatriated. If a client who received a letter doesn’t respond by that date — and this is important — the bank is legally authorized to presume the client in question is a U.S. person.

Italian banks are required to turn over the information on each client to the Agenzia delle Entrate, the Italian tax agency. That agency is scheduled to report its findings on “U.S. persons” to the IRS by Sept. 30, 2016.

For U.S. persons, the window to regularize their tax positions with the IRS in compliance with FATCA norms is closing. If they wait too long, and the IRS puts them under scrutiny, they may be subject to penalties.

For this reason, taxpayers who have long remained hidden in the underbrush are starting to flush. Like pheasants caught in a circle of fast moving hunters, they’re beginning to see these months as their last chance.