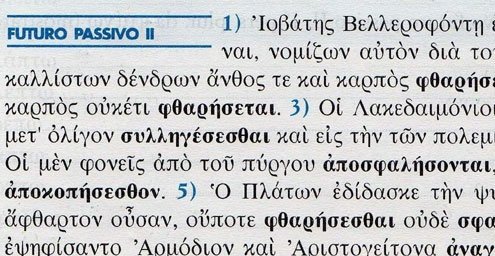 The rigor of the classics.
M

y daughter Frankie loves to study and earns top grades. But when I tell people that her post-graduate work is in literature, they look embarrassed. It’s true that if Frankie eventually gets a teaching job in Italy, it’s likely to be low-paying and unreliable, what Italians call precario. She’ll probably need a second job to make ends meet.

Societies pay for what they value, and these days it’s not literature teachers. In the United States, there are 50 percent fewer liberal arts majors than a generation ago.

The reduction of humanities programs in favor of math and science reflects the dominance of whatever can be quantified over whatever cannot. A representative of OCSE, an organization for cooperation and economic development among 31 democratic nations, warned Frankie and her student colleagues that their studies were in essence a waste of time in that they would have no bearing on their future earnings. Time is money. Ours is a culture that weighs the cost benefits of getting an education, of having children, of treating cancer and of maintaining clean air and water.

Frankie told me about the distinction Socrates made between the lawyer and the philosopher. In ancient Greece, the time a lawyer had to make his case was finite and strictly measured by water clock, or clepsydra.

The philosopher, on the other hand, could take all the time he wanted — years if necessary — to pursue the truth. Socrates says that those in the constant press of business have their souls stunted. They’re compelled to do crooked things. Philosophers, free from the constraints of time, are also free thinkers. They disregard social convention, rank and inherited privilege and do not adhere to a religious persuasion or political party. This makes them politically dangerous.

In fact, Socrates was charged with impiety and corrupting the youth of Athens. When obligated to defend himself against the water clock, he ran out of time and was condemned to death.

British novelist Ian McEwan said of literature: “Imagining what it is like to be someone other than oneself is at the core of our humanity. It is the essence of compassion and it is the beginning of morality.”

Writing in Harper’s, Mark Slouka argued recently that the value of teaching arts and humanities is civic. He says what rules us is “less the material world of goods and services than the immaterial one of whims, assumptions, delusions, and lies.” Only by studying this inner world can we shape how it shapes us.

In a democracy, we must teach students to think critically, to ask questions and to resist manipulation and demagoguery. They must be knowledgeable about the world so they can make decisions that are compassionate and broadminded.

Democratic freedoms are not automatically associated with the free market or a growing economy. They must be nurtured and protected. When the humanistic subjects that nourish democracy are diminished, whether by political force, by funding cuts or by indifference, democracy itself is at risk.

It is disheartening to see even defenders of the humanities adopt the criteria and language of the marketplace. Articles have tied economic growth and culture, higher SAT and ACT scores among those who study music, and the cognitive value of reading complex literary texts. New York Times columnist David Brooks wrote recently that studying the humanities gave citizens familiarity with the language of emotion, which was necessary to “create great brands like the iPod.”

In Italy, Education Minister Mariastella Gelmini’s efforts to promote meritocracy have done little more than spread around funding cuts imposed by Finance Minister Giulio Tremonti. The OCSE reports that Italy already spends less than other democratic nations on education. Italy’s teachers earn less. Gelmini consulted industry representatives before allocating her meager funds. Even in Italy education is becoming an adjunct of business and a good education is one that stimulates the economy.

In the U.S., a humanistic high school education such as Frankie’s is available only in expensive private schools. Under George W. Bush’s “No Child Left Behind” program, schools increasingly emphasized narrow skills that could be evaluated with standardized tests. The Obama Administration’s “Race to the Top” competition for education stimulus money also favors the so-called STEM subjects: science, technology engineering and math.

The Programme for International Student Assessment (PISA) is a worldwide evaluation of 15-year-old school children’s scholastic performance. It ranked the United States as below average.

In Italy, anyone willing and able to learn can attend a liceo. It’s free. Unfortunately many licei don’t work as well as Frankie’s. Most Italian students choose technical high schools. What’s more, Italy has a very high dropout rate. Italy’s PISA ranking is even lower than that of the United States.

But things may be changing in the U.S. Diane Ravitch, an education historian who served in the first Bush Administration’s education department and has influenced every administration since, now speaks out in favor of public, liberal arts education.

She’s convinced that democratic states should teach students the arts, history, literature, geography, civics, foreign languages, the sciences, as well as other subjects. She admires nations with high PISA marks such as Finland, Canada and Japan, which seek out the best college graduates for teaching positions, prepare them well, pay them well and treat them with respect.

Frankie, wouldn’t that be wonderful!