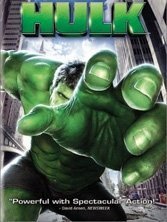 Eric Bana is no more believable as a Bruce Banner-cum-Hulk than Marilyn Monroe might have been as GI Jane. Sure, director Ang Lee tosses in requisite slide-show magic and of radioactivity’s red glare. But that does little to help the cardboard exercise live up to the vibrancy of the Cold War comic strip.

Nick Nolte as Banner’s father and Jennifer Connelly as Betty Ross are sincere, storm-tossed and doe-eyed in turn, but there’s no getting around a ham-handed screenplay and rehashed special effects. You feel like telling Bana to take a Valium and chill.