How to choose a good therapist 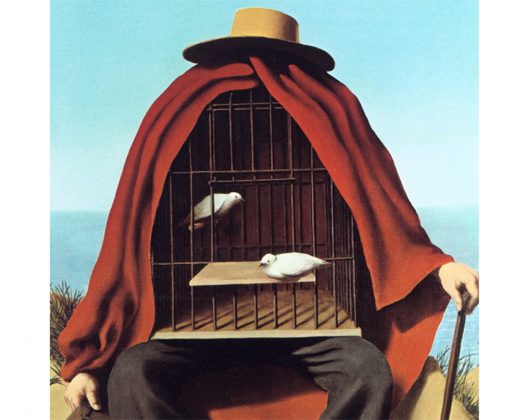 Detail from Magritte's "The Therapist."
I

recently had an appointment with a medical specialist and former hospital primario – one of those head physicians they call professore in Italy. Though the man may have been an expert in his particular specialty, I consider him a lousy doctor. For one thing, he had no curiosity about my symptoms. After explaining my problem briefly, I tried to elaborate — to no avail. He had already classified it and was carrying out a test. In the end, he said nothing could be done to help me.

I tried pointing out that, based on my understanding of the condition, a few specific actions might diminish the symptoms. He didn’t care to listen. Asked to explain why nothing could be done, he replied in English (to show off?), but spoke it so poorly that what he had to say was all but incomprehensible.

I decided to find another specialist.

What makes me decide if a doctor is good depends on their level of curiosity. They should want to know more about how I experience my complaint. They must also want to determine how and when the symptoms began, their frequency, and if something alleviates them. A good doctor visualizes me as a whole person, and applies context to that whole. A good doctor notices connections. They use all their senses, make hypotheses, and explain them, asking additional questions and listening carefully. If a detail contradicts their expectations, they’re demanding enough to explore that detail further. A good doctor speaks to me without falling back on technical terms, at the same time assuming I’m intelligent enough to understand what I’m being told.

I’d be suspicious of any therapist who says “you can’t write to me during the holidays because it would be bad for you,” but not of one who says, “I really need my holidays and I know this might be hard for you, but I can’t work if I don’t have some time completely off.”

In my practice, when patients have to move, interrupting ongoing treatment, they often want to know how to choose a new therapist. I think the process is similar to choosing a doctor.

But my ideas about what makes a good therapist have evolved over decades. When I was a psychotherapy student in the 1970s, the prevailing view was that if the therapist was a trained psychoanalyst, it didn’t matter who the person was. Gender, age and personality were all irrelevant. If the therapy didn’t work, it was because the patient was “unanalyzable.” The idea that the personality of the therapist might play a vital role was seen as foolishness. I never agreed with that approach and nowadays those who do are few.

Like doctors, therapists must be curious. They must want to know, understand, and uncover. They must ask the right questions, or show interest in whatever the patient is saying. They should remember stories and pick up on connections. They should assume the patient is an intelligent person and will communicate in a way that patient understands without resorting to jargon or sweeping generalizations.

There must be an emotional bond that encourages the patient to feel safe and connected. The therapist should transmit this bond not only verbally, but also in tone of voice and through facial expressions. Looking at a person whose face transmits no feeling can be a traumatizing event. Connection can’t be faked.

In my view, a therapist should be more than willing to accept being wrong, to make mistakes, and to apologize for them. They should be learning from you.

If they have a policy (on payment, length of sessions, on phone or email contact), it should be clear that this is not necessarily for your benefit, but for the therapist’s. I’d be suspicious of any therapist who says “you can’t write to me during the holidays because it would be bad for you,” but not of one who says, “I really need my holidays and I know this might be hard for you, but I can’t work if I don’t have some time completely off.”

Finally, a good therapist should sense that they are no different from you, and that had they lived through what you lived through they’d likely be in a similar state. So, if you speak of a problem in angry terms, the therapist should, implicitly or explicitly, make it clear that there must be reasons for this anger, and that identifying them will be a project you undertake together.

I’ve had many experiences as a patient, including therapy, that ended in complete failures. The first person to actually change my life was an unassuming guy. I remember few details, but I do recall that when I disagreed with him he’d say, “Then I must be wrong.” He greeted me from the very start with a sincere smile and warm handshake. He listened intensely. He answered the first personal question I asked, and I never felt the need to ask others. And the turning point, when something radically changed, was when he called to cancel three scheduled weekly sessions because he was sick. At the next one, after jumping in and talking for half an hour, I said something that taught me what good therapy is all about. “You know, I understand you were sick and I realized I haven’t asked you how you are. And you know what? I don’t even care!”

He was there for me. I didn’t have to be there for him.