House of the heart, II 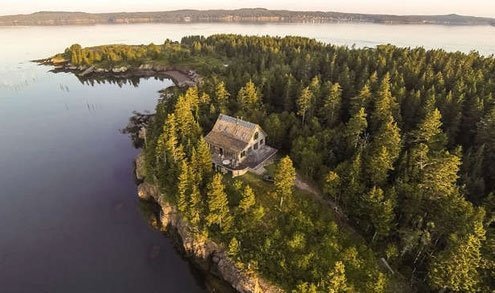 Maine has dozens of islands, some with remote homes.
E

ditor’s note: this is the second of three columns covering the legal ins and outs of preserving a family vacation home in the United States.

Walter’s four daughters sat around the kitchen table with his wiseacre son-in-law lawyer Robby. A wood stove warmed Walter’s Vermont home. Outside, the wind howled hungrily as if it wanted in. With darkness falling, Walter sipped his favorite scotch and began discussing the fate of the family’s island home in Maine.

“I asked you all here because I want to do the right thing,” Walter began, “and Robby here says there are a few ways I can pass the property down to you girls.” He took another sip of scotch. “I know that if I simply gift it to you four, all hell could break loose even though you get along. So I asked Robby to explain what’s what.”

“Oh sure, he’ll just get you to do what works best for him and Fanny, the sneaky bastard,” half-joked Winnie, the eldest daughter.

“I’ve been trying to get the old man to give us a lump sum for years, before he blows it all,” smiled Robby. They all laughed.

And he did. Under Maine law, Robby began, two standard ways exist for more than one owner to hold real property: joint tenancy or tenancy in common. Only joint tenancy provides for what’s called the “right of survivorship” in which a co-owner’s stake in a property ends with his or her death. It doesn’t pass to heirs or enter into the deceased owner’s estate. A will has no effect. Rather, the interest passes to the remaining owners. Married couples often adopt this method.

“Right,” said Tia, the youngest, “and I’d want to be able to will my share to anyone I want.”

“Now wait!” cried Walter. “This house is going to stay in the family or I’ll sell it now, for Pete’s sake!”

Suddenly, all the daughters jumped in.

Robby interrupted. “Ladies, Walter, hear me out. Each option has an up and down side. There are also some other more sophisticated possibilities.”

Joint tenancy hadn’t gone over very well, so Robby turned to explaining tenancy in common. When an owner dies, he began, the ownership interest enters the estate and inheritance depends on the will. If there’s no will, Maine’s laws of intestate succession — statutes specifying who inherits the property — apply.

Couples with children from previous relationships or siblings often prefer this form of ownership, Robby explained. So do those who want to make sure their heirs inherit an interest in the property.

“Perfect,” shouted Julia, “that’s it! Siblings, that’s us, now we can go home,” and she abruptly started to leave.

“Tenancy in common could be fine for you four,” continued Robby, “but what about the next generation? There are nine grandchildren. What if several of them want out? What if they want to force a sale of the house to the detriment of the others? Or what if one of your kids has a lousy husband who inherits a share and then starts bringing rotten friends out to the island? What if one of your children gets into financial trouble? Creditors could attach a share.”

There was silence until Tia piped up. “Can’t we agree among the four of us to keep the property within the family?”

“That’s the goal,” Robby agreed, “and there are other legal solutions, each with their own set-up and maintenance costs, tax ramifications — income, gift and estate — creditor protection strengths…”

Walter was growing impatient. “Would you cut to the damn chase,” he bellowed. “What do you suggest?”

“Really,” chimed in Winnie, “quit blabbering and give us the skinny.”

“Look,” said Robby, holding his ground. “You need to know your options. You can put the house in a trust or establish either a family limited liability partnership or a company, an LLC. The framework you choose must allow you to preserve the house for generations and include an agreement you can change easily. This is a large family. The agreement must cover things such as who can use the house when, who contributes to house maintenance, buy-outs and so on.”

“Is there a suitable solution with an agreement like that?” asked Fanny.

“Each one I’ve mentioned addresses the matter to some degree,” replied Robby, “but I like the LLC. It’s the most flexible, and all five of you could set it up.”

“Too much bother for me,” Walter said, downing the last of his scotch. “I’ll gift it to them and let them set up the LLC.”

Robby continued: “You can gift the house to the LLC, which would be like giving each of the girls their share.”

“Good,” said Walter, gruffly. “I’ll want to check first to see which one loves me most.”

Robby backed away from the table as Walter’s daughters pelted him with sugar packets. The family discussion was over.

— House of the heart, III will cover the dilemma of owning a vacation home in Italy.