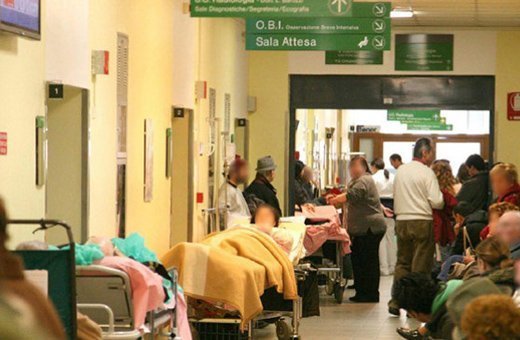 Both the Italian and U.S. health care system have their share of flaws. Call it a draw.
F

raud is a global sport, but in Italy, land of Verdi and Puccini, melodrama can intercede to embellish it.

Some years back, senior management at Rome’s Jewish Hospital came up with a way to solve the hospital’s budget woes while also lining management pockets: bill the National Health Service.

Their scheme came to light in 2014, but only after some $20 million had been siphoned off. The conspirators started small, overcharging on dental fillings by labeling them as implants and billing outpatient procedures as though the patient had spent the night. Poca roba, small stuff, as the Italians say.
But the stuff gradually escalated into shameless territory, including double billing and inventing “ghost operations.” Police got wind of all this and planned a surprise inspection, which might have worked had a mole inside the regional National Health Service office not tipped off the plotter, who turned on their native theatrical flair. They dressed up an orthopedic ward as though it belonged to dentistry (don’t ask) and a private ward to look public.

According to EU reports, 13 percent of all money spent on health in Italy is lost to corruption. The number in the U.S. is three percent, but American drug costs even the score.

They also fabricated phony medical charts, complete with temperature readings and lab tests. Flocks of patients were shuttled between one ward and another to make things look credible. One hospital chief was wiretapped telling a crony: “The inspectors are coming, it’s time for us to put our little piece of Hollywood into motion. You empty out the patients on the fifth floor, and we’ll cross our fingers.”
Don’t be shocked, but even in the U.S., the public medical system loses billions annually to cheating. Huge scams have seen clinics bill for medications that were never given or for used equipment billed as new. Middling scams have involved collusion between doctors and opiate pushers. There are also micro-scams – the only Medicare bill I ever saw with my own eyes related to a three-minute visit by a non-smoker with athlete’s foot who was charged for “Tobacco counseling.” These tricks may be effective in their own way, but sadly lacking in Italian verve.
So who’s worse? According to reports commissioned by the European Union, 13 percent of all the money spent on health in Italy is lost to corruption. In the U.S., outright medical fraud adds up to only three percent. But if you join me in considering obscene overpricing to be tantamount to fraud, the story changes. Mebendazole pills for deworming kids, two for a buck at your local Italian pharmacy, cost $442 per pill wholesale in the U.S., and many American emergency rooms charge patients $1,000 just to walk in the door, before even seeing a nurse.

Maybe we can charitably call this contest a draw.