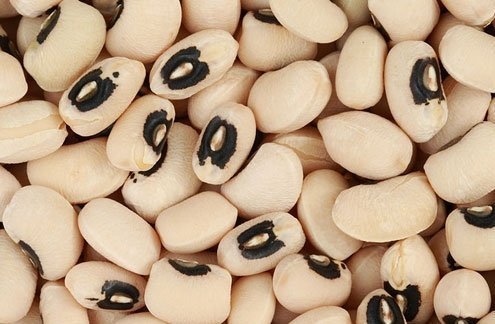 The peas are the coins. Add steamed collared greens and you have the dollar bills.
S

ince my family first gave me real food — I was probably six months old — I’ve had black-eyed peas on New Year’s Day. It was all about good luck.

Luck is quirky. If the peas come with steamed collard greens, the greens are the greenbacks while the peas are the coins. According to Wikipedia, leaving three peas on your plate means you get romance along with luck.

For a southerner, New Year’s Day without black-eyed peas (piselli con occhi neri in Italian, les doliques in French) is like wearing white shoes before Easter or making milk punch without Wild Turkey bourbon. Europeans — bless them — are unlikely to know what you’re talking about if you go into a panic at not having found peas ahead of New Year’s. Whenever we’d visit family in Rome, I bring my peas from Texas — until I discovered that the city’s Castroni stores stocked them (along with tortillas, hot sauce and green chili).

I couldn’t imagine Rome had so many pea-eaters, but evidently there’s no lack of American “sutheners” (Gore Vidal? Tennessee Williams?) There they sit next to the cannelloni and lenticchie, awaiting a ham hock — if you can find one.

In the south, everyone and his mother have a black-eyed peas recipe. My Rome version is simple and benefits from the presence of really good chunks of prosciutto (not sliced), found in manageable sizes in supermarkets. You might find a zampone, smoked pig trotter, to stand in for a ham hock, or a stinco (pork shank) but I’ve not seen a smoked one, and stinco will stick out of most pots (a great stirrer but not very practical).

A 500-gram package of black-eyed peas makes enough for four to six fortune hunters, and then some. They’re quite addicting. You may toss any excess into future soups or use them in the recipes below.

I cook my peas in a large, heatproof casserole. First, soak the peas in cold water and wait, preferably overnight (but you can also do it in the morning and cook them in the evening).

After the soaking, pour off all of the water. With luck, the pour-off will remove some of the substances that can make any bean or pea slightly… er… indigestible. Now, add just enough water to the pot to cover the peas and add two cups of white wine or beer. Add one sweet onion, chopped fine, a stalk of celery and a carrot (split, to be removed later) and a good fist-sized piece of bacon, smoked ham or prosciutto. Bring the peas to a boil. Skim off the grey matter that surfaces, discard it, and lower the flame. Let the peas simmer (covered) for about 1 1/2 hours. Check the liquid level and add broth if needed. Don’t dry out the peas. When serving, each bowl gets a little of the “pot liquor” as it’s called in the south.

When done, they should be tender to the bite. Remove the carrots and celery and toss them (well, I eat the carrots with a little salt). Heat half-a-cup of extra virgin olive oil in a small pan and add another sweet onion, chopped fine, two or three garlic cloves, chopped fine, a couple of sage leaves, chopped, and a very small hot pepper.

Let these take on a bit of color and then add them to the pot. Simmer the peas for another 30 minutes on low heat, without the cover.

When the peas are tender, take out a cup of peas and put them in a blender or food processor, then add this to the mix. This will thicken their wonderful inner juices and give the whole a nice texture.

Mix two cups of the whole cooked black-eyes with one small raw sweet onion (or scallions), a small jalapeño, a clove of garlic, 1/2 cup of sweet bell pepper and cilantro, all chopped fine. If you like, you may use fresh corn kernels, cooked, and cooked black. Toss with olive oil and wine vinegar or lemon juice to taste.

It’s a helluva lot cheaper than Beluga, and New Year’s Day is only one of 363 others you can take to the kitchen.