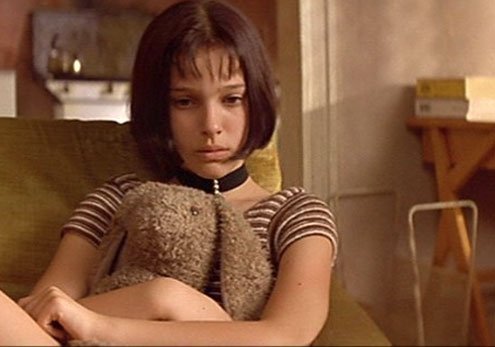 ew Zealander Peter Jackson — he of “Lord of the Rings” fame — had only B-grade horror to his name (check out “Bad Taste” and “Braindead”) when he embarked on the ironically-titled 1994 “Heavenly Creatures,” a bravura excursion into adolescence, repressed sexuality, and how dollhouse dreaming can turn very mean indeed.

The consequences — a female take on the banality of evil — aren’t meaningful until the murder itself rudely wakes the girls from the make-believe conceits of sovereign conspiracy. Jackson works counterclockwise, opening with the murder and then laying its foundation.

The original case, which Jackson uses as a sketch, occurred in 1952, and the figure of Juliet is actually British crime author Anne Perry, who after her New Zealand murder conviction (she served five years) went on to write a ton of successful detective fiction.

Speaking of jail time, those at all interested in interested in the post-9/11 rule of law and the legacy of Guantanamo Bay should flip backward to Jim Sheridan’s outstanding “In the Name of the Father,” based on Gerry Conlon’s book “Proved Innocent.” Belfast lowlife Conlon (Daniel Day-Lewis) is picked up by British police and charged as an IRA terrorist after pub bombings in Guildford, England in 1974. Terrified, he’s coerced into confessing. With IRA suspects at a premium, Conlon and four others are summarily convicted. Worse still, Conlon’s father is implicated by association and also imprisoned.

Within this harrowing framework, the movie triumphs as a chronicle of Conlon’s evolving relationship with his relentlessly ethical father (the marvelous Peter Postlethwaite as Giuseppe Conlon) and defense attorney (Emma Thompson as Gareth Pierce). In fact, father and son were imprisoned for 14 years before being cleared in 1989 of any association with the IRA. In fiction, and some would say also in fact, the British criminal justice system is bruised and battered.

A whipping was what Frenchman Luc Besson got for making “Léon,” at least from self-righteous Anglo critics. Many saw the 1994 feature as glorified child abuse, a typically American kind of nonsense.

But Besson (“La Femme Nikita,” “The Fifth Element”) certainly didn’t play by square rules. His movie is a noir bedtime story in which Jean Reno (Léon) plays a dour hit man who does his job, follows a strict kill-code (no women and children), and generally minds his own business.

Then, he collides with 12-year-old Mathilda (12-year-old Natalie Portman), who flees into his New York City apartment after crooked cop Stansfield (Gary Oldman) guns down her family. The taciturn Léon and orphaned Mathilda become one another’s pets; they teach each other tricks. Mathilda gets Léon to read; Léon instructs Mathilda on sniper-scopes.

The point, such as it is, concerns the morality of revenge and workings of its inner compass. Too slick and silly? Ridiculous? Perhaps. But who cares? This is a comic book-style story with characters designed to last 90 minutes, not a lifetime. More importantly, Reno and Portman are intriguing to watch. She’s young, vengeful, and hormonally charged; he’s older, grizzled, and dogmatically vigilant.

American distributors, troubled by the simple French title, changed it to “The Professional” for U.S. and UK release.