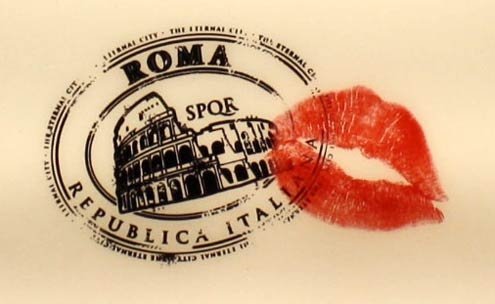 It's hard to romanticize a broiling city...
I

I didn’t forget these flaws during a six-week visit to the United States, but many of them did fade into the background.

Of course, I steeled myself for my return. I felt especially guarded since it I’d be coming back to mid-summer, the one time of year I loathe being in Rome. The city would be, I knew, sticky with heat and swamped with tourists.

The heat is a particular Achilles’ heel of mine. Since childhood, I sought cold year-round — in winter, I skied; in summer, I jumped into the icy waters off Maine’s coast. This year, I voluntarily lived in the Alps for two winter months, a place where the temperature plunged to -40 (F or C; at that number, it no longer matters). So, putting up with a city peopled by those who mostly don’t believe in air conditioning has been, if anything, a testament to how much I love Rome.

I knew the heat had to be particularly bad when veterans of Rome summer heat were hatching escape plans… and not just for ferragosto. “My friend who’s visiting won’t be at her hotel tonight, so she’s letting me stay there,” wrote a friend. “I’m going to go hang out all-day in the air-conditioning. Who’s with me?” She has a lovely apartment, complete with a cat and a terrace. But it couldn’t compete with the draw of cold air.

But the heat, as I remembered when I returned to Rome, was only one of the city’s obstacles.

There’s also the difficulty of bathing. Ancient Romans swished the dust from their skin in Olympic-sized swimming pools, conveniently located in the city center. Today, those enormous baths aren’t only gone, they’ve been replaced by apartments that each have a miniature version of what might very loosely be called showers. Some might call this progress. After all, now everyone has a little piece of the wonder that is running water. Still, each time I drop the soap I have to physically open the shower door to give myself the space to lean over to get it.

Add to bathing the malfunctioning of, well, everything. After an overnight flight (delayed by three hours, of course), I dragged my huge suitcase through the Ostiense station. Of course none of the concourse-movers worked; I expected that. What I didn’t expect, or hadn’t imagined, was that none of the escalators or elevators along the entire route would work, either. Not at Fiumicino airport. Not at Ostiense station. Not at the Piramide metro stop. When I arrived at my metro stop, Colosseo, I remembered why the architect chose to install stairs over an elevator or escalator. He didn’t want to take a chance on anything that might break.

So Rome isn’t so great with modernity. Fine. At least there’s the food.

On one of my first nights back, a Friday, a group of friends and I met up at a longtime favorite restaurant; one waiter immediately gave me a big kiss on both cheeks. We placed our orders — three pizzas, four pastas.

The pastas took 20 minutes. Fifteen minutes later came two of the pizzas. The final pizza, we knew, would be out within two minutes, since they’d be on the same ticket.

Half an hour later, the would-be pizza recipient was starving. The rest of us felt like boors for having finished, assuming his would arrive quickly. We spoke to our waiter once, then twice, then to the owner. The waiter insisted the pizza was in the oven. If so, it must have been charred and been remade: By the time it arrived, everyone else had long ago finished.

It was awkward and, since a pizza takes a matter of seconds to make, unnecessary. The owner came over to apologize. “I know you’re vecchi clienti, and I’m so sorry about this,” he said, scribbling out a bill with a €30 discount. (Not that he didn’t get a discount of his own: Our informal dinner receipt wasn’t exactly the kind required by tax law).

“Welcome to Italy,” one of our group said as we left the restaurant, and we all laughed.

But none of it seemed funny to me.

The next morning, I found a Facebook message from a friend whose name I didn’t immediately recognize. I quickly went through a mental list of “Marcos” I may have met at parties or dinners in the past year.

I then read the message, which was in Italian: “Mandy, I wanted to say I’m truly sorry about what happened at the restaurant last night. I hope to see you all again, and I hope that this doesn’t happen again!”

It was the restaurant waiter. I tried imagining the same scenario — an employee reaching out to clients because he genuinely felt badly, not because he’d been trained to do so in Customer Service 101 — in a country where showers are bigger, and where escalators work. I couldn’t quite picture it.