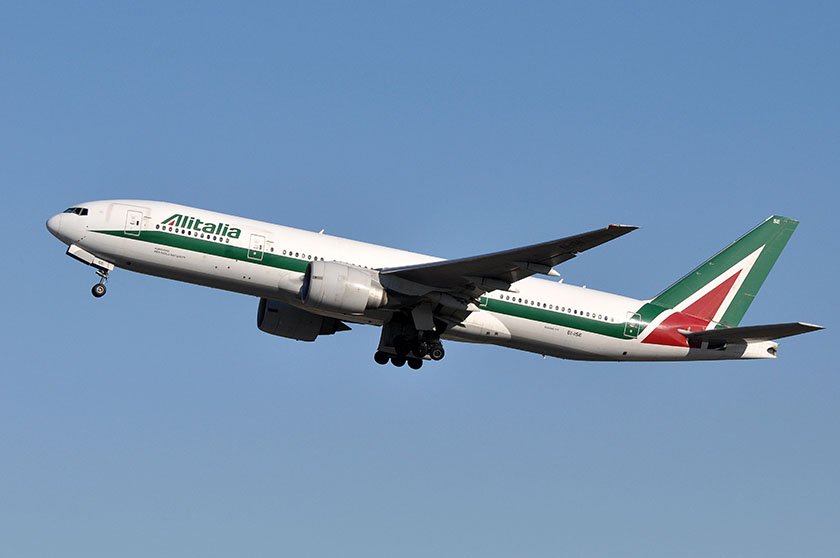 Here's hoping for San Fransciso to Rome on June 1, so long as Alitalia buys into social distancing...
I

talians are flexible, resourceful, and sensible. These are the traits that are serving them well as the coronavirus crisis continues, with no sweeping end in sight.

Thankfully, much of the economic impact of the Italian epidemic has been cushioned by generous sick pay, unemployment benefits, and universal health care without co-pays or deductibles.

An emergency decree likely to stay in effect for the foreseeable future forbids layoffs, has slashed rents, and pays for baby-sitters.

Self-employed workers are supposed to receive bonuses totaling $2,500 over three months, supplemented by contributions from non-governmental organizations. That doesn’t help everyone, however. My composer husband will get nothing because he already receives an Italian pension – €124 (about $136) a month, not much, but something.

The millions who work off the books in Italy’s vast underground economy aren’t eligible for unemployment benefits.

But the millions who work off the books in Italy’s vast underground economy aren’t eligible for unemployment benefits or bonus payments of any kind. They are the ones being hit hardest by the shutdown of the economy. Many workers, including freelance plumbers, electricians, handymen and so on, take payment only in cash, no receipts exchanged, which leaves them on the outside looking in.

Two weeks ago a few people rolled their full shopping carts up to the checkout line in a Sicilian supermarket and refused to pay. More serious unrest was widely anticipated but has yet to materialize. The International Monetary Fund has said Italy’s 2020 GDP is likely to drop by some 10 percent.

At the same time, the country is slowly but surely shaking off the worst of the virus, with the number of people in intensive care units decreasing steadily. But new cases continue being diagnosed, and more than 500 people are dying daily, mostly in the ravaged north. The worst of it is in nursing homes and factories. In the nursing homes, the culprit is contact between visitors and patients. In factories, bosses exploit legal loopholes to keep workers crammed in.

One Rome high-rise inhabited by 600 Eritrean squatters has 18 cases, with another 33 suspected. Instead of conducting mass testing and moving people out to enable social distancing, Italy called in the army to keep the whole building under quarantine. They did, however, distribute milk, pasta, tomatoes, and chocolate Easter eggs. Had the building been filled with Italians the situation might well have been handled differently.

In every respect, the virus has been a trial by fire for a citizenry aching for a return to some semblance of workplace life. The well-off have booked summer homes starting in late April and running through August, bookings that usually begin in June.

It is remarkable how fast the world can turn upside down.

It is remarkable how fast the world can turn upside down. From my California exile, I happened on a pre-virus copy of the “New Yorker” in which writers went on at length about what is now unthinkable, as in art exhibit openings, going to restaurants, political rallies, and even taking trips to Europe. When they wrote, they were blessedly unaware the world was about to grind to a halt, and explaining the existing scenario to them would have been useless.

There is light at the end of my personal tunnel. Alitalia has continued operating daily nonstop flights from New York City to Rome.

But so far Alitalia hasn’t been practicing social distancing among passengers, making travel foolish. That’s apparently about to change. Happily for me, the airline will inaugurate a nonstop flight from San Francisco to Rome beginning June 1. With any luck, my husband and I will be on it.