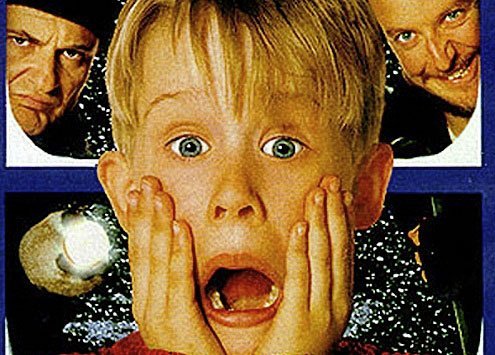 t’s not the first time I’ve left my boyfriend Fabio in Rome. Twice a year I visit my parents in Miami and occasionally I travel for work. So when I left for home in the summer it didn’t strike me as such a big deal.

Suddenly, though, he was alone to fend for himself. That was a first. I thought as an adult he’d be able to manage.

Boy, was I wrong.

First Night Away From Home:

As soon as I got to Miami, I called home to check up on him. Five minutes into the conversation, he tells me work was fine, he’s tired and, “You left me no food in the refrigerator.”

True, the fridge was not fully stocked, but there were definitely the bare necessities. Carpaccio (very easy to fry in a pan), frozen spinach (easy to boil), a cabinet full of pasta (there’s no science to that and well, he is Italian), sugo pronto (ready-to-serve sauce that requires no cooking) and some other extras.

“Yeah but you know I don’t know how to make those things,” Fabio snarled.

“Well, pasta is simple. You know how to make that,” I said.

Well, then he must have been bored to call for a pizza too, because he didn’t do that either. “So what did you eat for dinner??!!” I snapped.

Nothing. He ate two popsicles. And it was my fault because I left him nothing in the fridge.

“When my sister lived here, she’d always stock up the fridge before she left to make sure I had enough to eat,” he said. A guilt trip.

Like many Italian males, Fabio is used to having a female figure around to take care of him. Fabio is an extreme because he lacks even the very basic survival skills. He’s never had to think about the simple things like what to cook and whether he has clean underwear because mom or sis always did it for him. So when we moved in together over a year ago, that pattern pretty much continued. I can’t say I minded much. After all, I enjoyed my cooking and well, I didn’t want my laundry ruined.

Second Night Away From Home:

With his mom in Calabria and his sister up North, I felt responsible in part to find someone take Fabio “under their wing.” I began emailing my friends, pleading with them to invite him over for dinner. Also because if wind got down to Calabria that all Fabio was eating for dinner was popsicles, I’d be in as much hot water as I was when his mom caught him washing dishes after I’d asked him to. That night, when I spoke to Fabio, his spirits seemed a bit higher. Five minutes into the conversation, I learned that work was fine, he was tired, he bought some salad and oh, his mom and sister were coming to Rome the next day.

Turns out mom and sis were planning a trip to Rome all along. They just decided to move up their trip a little sooner. Right.

Third Night Away From Home:

Fabio was on cloud nine and a bit too mammone for my taste. That’s because mom was home and saved the day. Five minutes into the conversation, I learned that his mother made his favorite pasta, the fridge was fully stocked, and she’d washed all of his clothes. Oh, his mother had one more thing, this one for me. “She said you should have called a cleaning lady to come by for me while you were gone.”

I’m sure she did.