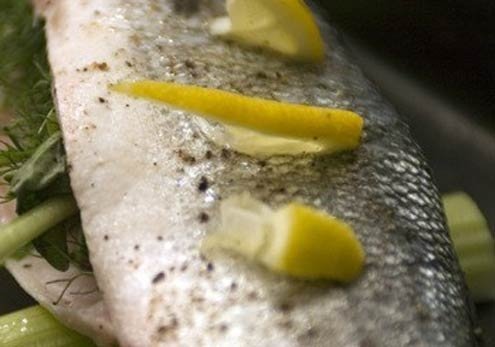 hen in Rome, celebrate the holidays like the Romans: around a festive table, with family customs and traditional foods. In my unique and continent-spanning family, Christmas Eve is the biggest feast day, with fish and seafood as the leitmotif. Other Italians celebrate on Christmas Day with a sumptuous luncheon that features stuffed pheasant or capon, tortellini or a mixed platter of fried artichokes, broccoli, apples, mozzarella, and zucchini blossoms (anything edible that can be dipped in batter and deep fried).

On New Year’s Eve, the scrupulous wear red knickers. Other fortune-bearing Dec. 31 practices include eating lentils, thought to make money appear out of nowhere. Magari! In my family we eat three white grapes at the stroke of midnight (it’s a dozen for the Spanish, one for every bell toll).

Though many of Rome’s traditional holiday season foods extend to the whole of Italy, family celebrations depends on traditions, old habits, and a smidgen of superstition.

But there are a few holiday musts, so here’s my shortlist of food essentials that should carry you from Christmas to the January befana, Twelfth Night, leaving you satisfied and stuffed.

For seafood-celebrating folks like me, the Christmas Eve dinner production begins at the fishmonger’s. Usually, a pre-ordered five-pound unfarmed branzino (European sea bass) comes gutted and scaled, ready for the pot; while the female eel commonly known as capitone, the heroine of a typical Neapolitan Christmas menu, is still quivering when you bring it home. It keeps on quivering postmortem but I’ll spare you the details.

Some of Rome’s finest fishmongers are in the centro storico, but the city outskirts and suburbs also stock the good stuff. Attanasio at Campo de’ Fiori (Via del Biscione, 12) has the best sea urchins, mussels, clams and French oysters, while some of Rome’s freshest seafood is on offer at Antica Pescheria Galluzzi in the Esquilino area. Testaccio’s Ostrica Blu (Via Luca della Robbia, 41) delivers exotic marine preparations that include mortadella made with calamari, porchetta and bresaola with tuna, and a curious salmon salami.

For carnivores, Bottega Liberati (Via Flavio Stilicone, 278; Giulio Agricola) is a butcher shop run by a poet who prides himself on serving only the best organic Chianina (or Piedmontese) beef. It also offers up amazing eggs (concocted by Paolo Parisi), milk-fed veal, prime salumi of all kinds, rare cheeses, and typical Rome coppiette, a kind of dried pork jerky that goes perfectly with a pre-Christmas-dinner aperitivo.

I’m not certain just where it gets its name or why it’s such a holiday staple, but Insalata Russa almost always makes a guest appearance. A mixture of diced steamed vegetables, pickles and mayonnaise tossed in a “salad” that is then molded into festive shapes and garnished with hard boiled eggs, capers and brined olives, the salad can be homemade or store-bought (from delicatessen or neighborhood salumerie).

Ah, panettone, the raisin and candied fruit-studded buttery cake, a Milanese staple with national appeal. In Rome, I’m partial to Antico Forno Roscioli‘s classic version, made daily in the shop’s Via dei Chiavari oven, but only during the holiday season. The newborn Forno di Bonci (Via Trionfale, 36), a bakery whose name you’ll be hearing a lot of in the future, offers up pumpkin flavored panettone with candied butternut. Don’t miss it.

Copious amounts of alcohol can bring out a family’s dormant political fractures, but that too is an important part of any holiday season bender. The season is a boon for enoteche and wine shops since wine-giving is a common holiday practice. Which reminds me to pick up some rare Berta grappa from my wine merchant Enoteca Bulzoni (Viale Parioli, 36), which specializes in natural wines and rare liqueurs. Another good place for booze-finds is Trimani (Via Goito, 20), which has the city’s widest assortment of wines and spirits and where you can spend a year’s worth of savings on wine alone.

On New Year’s Eve, bubbles matter. This year we all pitched in for a bottle of Cristal (Louis Roederer). Otherwise, meals are usually paired with local wines, crisp whites or ruby reds, based on the menu.

Torrone also has starring role in the holiday festivities. The nougat (available at supermarkets) has many flavors — including simple chocolate and pistachio and lemon icing. The classic variety is soft and made with unrefined sugar, almonds and honey. The best still comes from small family enterprises. Testaccio’s Gastronomia Volpetti (Via Marmorata, 47) offers delicious homemade Sicilian torrone.

And let’s not leave out mandarin oranges, whose scattered peels inevitably end up in the fireplace as natural post-meal aromatherapy. I buy my citrus at my neighborhood mercato while also stocking up on dried fruits and nuts. You can’t close out a holiday meal without some dried figs paired with shelled walnuts, or sweet dates stuffed with a curl of salted French butter.

Tombola (bingo) and a hand of sette e mezzo (a rougher, more proletarian version of blackjack) is always a New Year’s must, just before the babe is placed in the presepe (manger) at the stroke of midnight.