History is a river 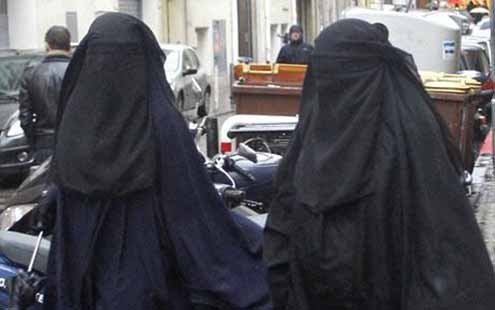 oday’s European Union is home to some 20 million Muslims. In an effort to acknowledge that Muslims now represent an important part of Europe’s human landscape, Strasbourg inaugurated its Grand Mosque in 2012. French Interior Minister Manuel Valls attended the ceremony.

At the same time, many Muslims adhere to religiously based attitudes and behavior patterns regarding the status of women and the rights of LGBTI people that are inconsistent with the European social project.

This August, on a road trip along the French-German border with my partner Alberto, I couldn’t help but notice the visible Middle Eastern presence, whether citizens, tourists, immigrants or refugees. Once in Strasbourg, the capital of the European Community, we parked next to a luxury Mercedes. Through the open rear passenger door we saw a woman dressed head-to-toe in a black burka, her face completely covered. She was seated next to someone likewise veiled, who appeared to be an adolescent girl. As we walked away, Alberto said, “It’s like a fist in my stomach when I think that young girl will spend the rest of her life covered like that.”

Strasbourg is at the heart of Alsatian culture and was classified a World Heritage site by UNESCO in 1988. Throughout its history French and Germans, Catholics and Protestants, violently fought each other for control of the city. Since Strasbourg developed along the canals of the Rhine, long before rail and road transportation, we decided the best way to see and understand its history was to take a boat tour.

At 9 p.m. we lined up on the dock waiting to board a river- boat that holds about 70 passengers. It was the last tour of the day. Ahead of us were a group of Middle Eastern women all dressed in pale-colored Niqabs, a cloth that covers the face but not the eyes. A man who appeared to be their chaperone stood on the gangplank directing them toward the back of the boat.

We boarded and took our seats near the front. Every seat was equipped with a headset to follow the audio tour available in 12 different languages including Japanese and Chinese, but not Arabic.

Just as we were about to set off, a small boy seated behind me began playing with the back of my neck. I turned around and smile. His mother and father apologized to me in English and I told them not to worry. After a short conversation, I learned they were Palestinian, and the boy’s mother studied medicine at Yarmouk University in the northern Jordanian city of Irbid, where I had worked on an archaeological project for a number of summers. She spoke English far better than her husband. All the same, I was very careful to direct my conversation toward him, not knowing if it would be considered improper for me — a male stranger — to speak directly to her.

The boat pushed off. I turned around and put on my earphones and selected English. We passed under a 16th-century bridge where criminals were once publically tortured to death. We floated by beautifully preserved medieval buildings and houses until reaching a prison that had been converted into a training college for senior European bureaucrats and politicians. I’m sure I’m not the only one who senses the irony in this.

Above the recording, I heard passengers talking loudly amongst themselves in Arabic. At this point, the boat steward made an announcement in French, German and English, asking the passengers not to talk aloud to avoid disturbing those listening to the audio tour.

The tour continued past elegant suburb built during the Nazi occupation when, according to the audio guide, Alsatians and Jews were persecuted and many fled or were imprisoned. We made a loop around the European Parliament, in front of the European Court for Human Rights, then back to the dock.

By the time the tour ended it was past 10 and we were hungry. Since most of the restaurants were closing we grabbed a bite at one of the many late night Middle Eastern sandwich bars.

The history of the European Union is a story of struggle and cooperation. Those who were once strangers became neighbors and enemies became friends. The European Community is perhaps facing one of its biggest challenges: to accept and welcome these Muslims newcomers. Unless we make a wholehearted effort to engage them they will remain isolated, even ghettoized, and some of their more contentious pre-conceptions about women and LGBTI people are unlikely to change. There is only one way to forward, and it requires starting a conversation.