His way, a requiem 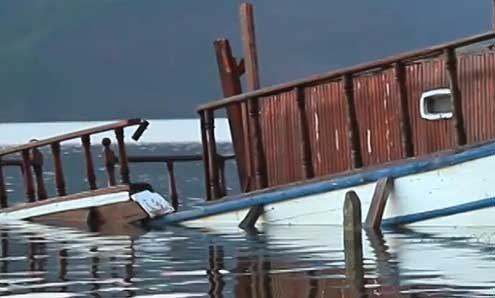 Memories of paternal stubbornness are sometimes all we're left with.
P

ride is a big word for LGBTI+ people. Growing up, my father was my hero. I longed for him to be proud of me, whether it was over learning how to ride a bike, winning a ribbon in swimming, getting my driver’s license, or being accepted at university. Later on, thanks to a combination of scholarships, teaching jobs and research work, I mostly paid my way through graduate school. My father’s response wasn’t what I expected. “Good,” he told me, “you can finally get out and get a real job and stop stealing the food out of the mouths of hard working Canadians.”

Several years on, after I married my Italian companion, my parents moved to another Canadian city. They didn’t tell me about the move or leave a forwarding address, email or telephone number. I could have tracked them down had I chosen to, but this wasn’t the first time they’d behaved similarly. Even if their motives were convoluted, the message was clear enough to me.

A couple of days after Christmas this year I received an email from my eldest brother saying our father had died December 25 of complications from a hip injury. According to his request, there was no service or memorial and his remains were cremated. All I have now are memories.

One particular story comes to mind. My parents had a cottage on a small Canadian lake north of Lake Ontario. My ‘godparents’ had a green nine-horsepower fishing boat with two padded bucket seats, one set high in the stern and the other on the bow. They kept the lovely boat at my parents’ cottage.

One late September, I was down at the dock with my father, preparing to dry-dock boats for the winter. We had an old 50-horsepower launch with an electric bilge pump. First, we pumped some rainwater out of our launch. But my godparent’s boat was swamped and floating just above the waterline. I took the bucket, and kneeling on the edge of the dock, bent over and began scooping the water out.

He had no need to explain. I already knew what he had in mind. I also knew that when my father had a plan it was impossible to reason with him. “Let me bail it out a bit more,” I said as I took two more quick scoops.

My father was a big man, six-foot-tall and over 200 pounds, and when he stepped onto the floundering boat, straddling the gunwales, it barely stayed afloat. He squeezed the bulb on the gas line a couple of times and pulled the ripcord. After a few yanks the motor fired up and he sat down on the back seat with his feet carefully braced on the gunwales to keep them dry.

I untied the stern and bow. The motor sputtered and the boat glided out while I stood and watched from the dock. By the time he was out in the strait between the shore and the island, the motor was running smoothly. He cranked the throttle full, the motor roared and the boat picked up speed. Leaning over the stern, he pulled out the rubber tap. But instead of draining the water from within the boat more lake water gushed in. The engine made a throaty growl as it labored to propel the craft forward. My father quickly pulled his legs up onto the seat to no avail.

At this point my father abandoned his position in the stern and leapt forward toward the bow. A tiny tsunami from inside the boat came flooding forward with him. I was instantly reminded of an old proverb that says water finds its own level.

Then, like a parody from the film “Titanic,” that pretty green boat took a nosedive. Its stern and motor were thrust upward in the air for a brief moment before it disappeared below the surface, leaving my father, fully clothed, up to his neck in the icy water.

So much for my father’s better idea. All I could do was stand on the dock, watch and laugh.

A few nights ago, I was in a Karaoke bar and some guy got up and belted out his version of the Frank Sinatra hit, ‘My Way.” Though the song was never a favorite of my father’s, it describes him and his attitude pretty well. They say that anger is part of the grieving process. I loved my father but he left me with a lot of anger. In the end, I can say this: he did things his way, and he could always made me laugh.