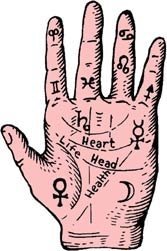 A briefing helps with the signs...
O

Anna’s friends, especially Carla, couldn’t wait for her to meet someone. After about a year of what could only be described as pure man-hunting, Carla had settled into a relationship with her former coworker and they were on the fast track to marriage. Their friend Barbara had just realized that she was in love with her best friend of eight years, and even though the illumination came after one vodka tonic too many, the feelings were sincere.

This left Anna, the youngest of their trio, alone. By Roman standards, the word “single” exists as an Italian pronunciation of the English word, but when they press their tongues to the roofs of their mouths, and raise their eyes along with the apples of their cheeks to say it just right, what they’re thinking is “alone.”

And thus Anna found herself more and more regularly the third, fifth, and seventh member of drinks out and dinner parties. She didn’t so much mind being the chair they squeezed in at the table, and she got used to watching waiters whisk away the place setting in front of her.

Qui c’è nessuno? They would ask.

“No, no one’s sitting there,” she’d reply. And when the waiter was cute she sometimes winked.

“Don’t you think the right man will appreciate me for who I am?”

“Not if you give him the wrong idea,” continued Carla. “If you wink, if you flirt too much, he’ll assume you act that way with everyone, and he won’t feel special.”

And in walked Claudio. He came accompanied by a friend of Carla’s boyfriend’s brother, which is perfectly reasonable in Rome. They pulled up chairs and introduced themselves. The server returned with two place settings, once of which he placed in front of Anna.

Appetizers and a couple bottles of wine later, Anna and Carla excused themselves to the ladies room. From under the stall came Carla’s inquiry,

“Stop it! Can’t you be serious for once?” was Carla’s response, overpowering the loud flush. She left the stall, smoothed down her skirt and rinsed her hands.

“Now go out there and act normal, shy if you can manage it.”

Anna rolled her eyes a bit and nodded as sarcastically as one can nod.

Back at the table Claudio was filling their glasses. Anna watched as he gripped the bottle, his fingers enclosing it, their tips touching. For an instant she imagined her hand in his, cradled.

After their main course, while waiting for dessert, Claudio’s friend announced that he could read palms, which Anna found to be a delightful coincidence, considering.

As she laid her hand in his outstretched palm she could feel Carla’s gaze on her. She looked down at the table. Claudio traced the lines of her palm with his thick forefinger, and gripped her wrist tightly.

“You’re a very romantic person,” he began. Groans rose around the table.

“You work with languages. You communicate.” He couldn’t know that could he?

“You haven’t had a love affair in about a year.” How the hell did he know that! Anna’s eyes widened and she met Carla’s equally shocked expression.

At that point Carla’s boyfriend erupted in laughter! He and his friend and Claudio had exchanged information while the women were in the restroom. “Convincing right!” Claudio’s good!” Their laughter rippled around the table and Anna reddened and reached for her wine glass. Claudio curled her other hand up into his and gave it a squeeze. She glanced his way, more angry at her gullibility than embarrassed at what he knew. He offered a crinkly-eyed smile.

Back in the ladies room Carla and Anna swayed in front of the mirror.

Anna smoothed down her eyebrows and applied some lip gloss. “So he’ll take me home.”

“He’ll drop you at your door! If you want this to last, take it slow!”

“He has really big hands Carla! You saw them.”

“Just try it. As an experiment.” Anna agreed, however reluctantly.

“Fine. In the name of science.”

As the windows fogged up around them Anna let him undo her seatbelt. And her jacket and her bra. After their first date she let him roll her tights down, but dashed from the car soon after. On their third date dinner turned cold as they made love on his couch.

She left him six months later. So much for science.